After we spent some weeks in the Buddhism Ladakh we find ourselves in a different world. We are in Muslim Kashmir now, in the summer capital Srinagar – Lake Dal.

Kashmir belongs still to the most dangerous tourist places in the world. We see army and soldiers nearly at every corner. We can find plates in memory of the death Indian soldiers in the India-Pakistan-Wars. Here spontaneous demonstrations or bomb attacks can happen every day.
Nevertheless the number of tourists is increasingly steady. However there are mainly Indian people who visit the region. 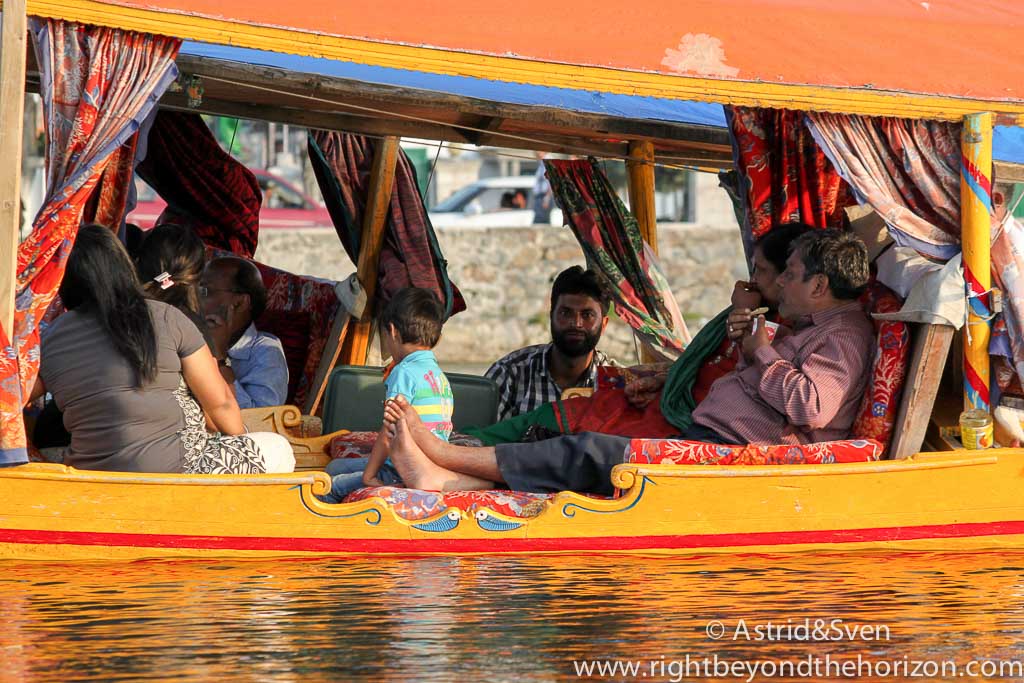 In Srinagar we find a nice place to stay. The owner of the Swiss Hotel Kashmir likes foreigners and he is used to travel as well. So we can park here for free, can use the shower for free and get an Internet access for free.

However to get there was somewhat complicated. The Indian National Highway does not really look like a highway. It is a narrow road, where two trucks can get problems to pass. Our navigation system did not make the situation better, when it showed an alternative route.
We are blocking the road again. The Kashmiri helped to stop the traffic, so we could turn. 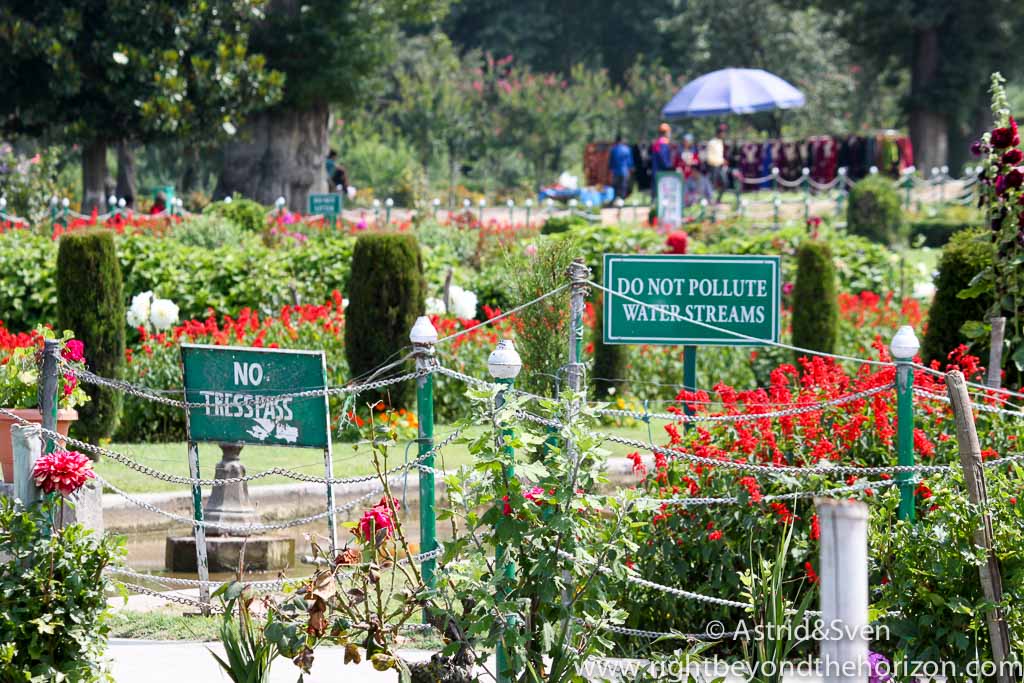 However finally we arrived in the Swiss Hotel Kashmir.

Srinagar itself has not so many highlights like mentioned in the guidebook.
There are some beautiful gardens with flowers around the world and some old mosque and … nevertheless, it is a place to go. The Lake Dal makes the town to a highlight of our Indian trip.
There are lots of houseboats, where you can spend your days on the lake. However a lot of boats offering trips around the lake. It is really a different world. 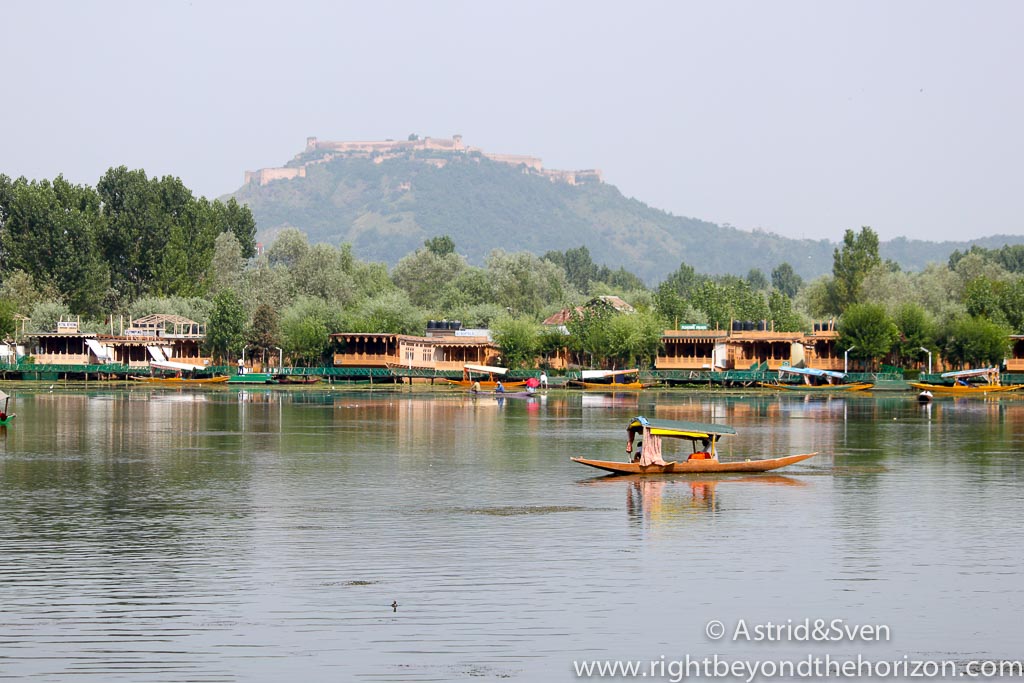 A bit annoying in this town is the behaviour of some Indian tourists.
Several times they are complaining loud in a restaurant, let their children dance on the table and talked in a respect less to the waiter. If I owned the restaurants, I would kick them off. You should show a little bit respect to each other.

Nevertheless, the Lake Dal is a beautiful place in Kashmir. You should go there.