Ladakh in the Northwest of India is situated in the Himalaya. Here you can find the highest drivable roads in the world. Driving there is still an adventure, however you can expect always some surprises. In this post you can find some information about self-driving in Ladakh.

The district capital of Ladakh is Leh. Ladakh is close to the Chinese and Pakistani border. The borderline is still “discussed” by the countries. Therefore the region is under military control. So you have to go to Ladakh to get the permits to travel around in Ladakh.

How to drive to Leh?

There are to possibilities to go to Leh. One is the road over Srinagar and the other one is the Leh-Manali-Highway.

Driving over Srinagar is probably the best possibility to go to Leh. The way is longer, however not so high and steeply. Leh is around 3.500m above sea level and the highest pass on this way roughly 4.000m. You will have enough time for your altitude acclimatisation.

When you want to go from Manali to Leh (So we did.) you will drive the shorter way, however the road is unstable and you have to cross more than four passes. The Tanglang La is the highest of them and around 5.340m high. From Manali to the first pass (Rohtang La) the road goes more than 2.000m up. Especially this pass is crowded with tourists from Manali.

Additionally there are new rules by the government in place to limit the numbers of cars in this region. When you want to cross from Manali to Leh you need a permit. There are no diesel cars older than 10 years allowed going there and you need a pollution certificate. We got a permit with our 40 years old diesel truck and we were asked several times for a pollution certificate, but we could cross. The rules have been new in place since May 2015, but I guess, the rules will be stricter in the next years. Currently you won’t find any of this rules when you come from Srinagar or crossing the other way around from Leh to Manali.

The roads are normally in a good shape. However the conditions at the passes connect to the weather conditions. Due to meltdown water, rain and landslides all roads can be blocked sometimes. You should check the weather forecast or ask in local tourist office if the roads are open. Otherwise you can stock for some days in the middle of nowhere.

Ladakh is getting more and more popular in the last years. In Leh you can rent a motorbike or hire a car to drive over the passes. Especially the number of Indian tourists is increasing steadily. So the roads are quite busy sometimes. You should be aware that some of the tourists have no experiences in driving a motorbike or driving in the mountains. Therefore be carful. 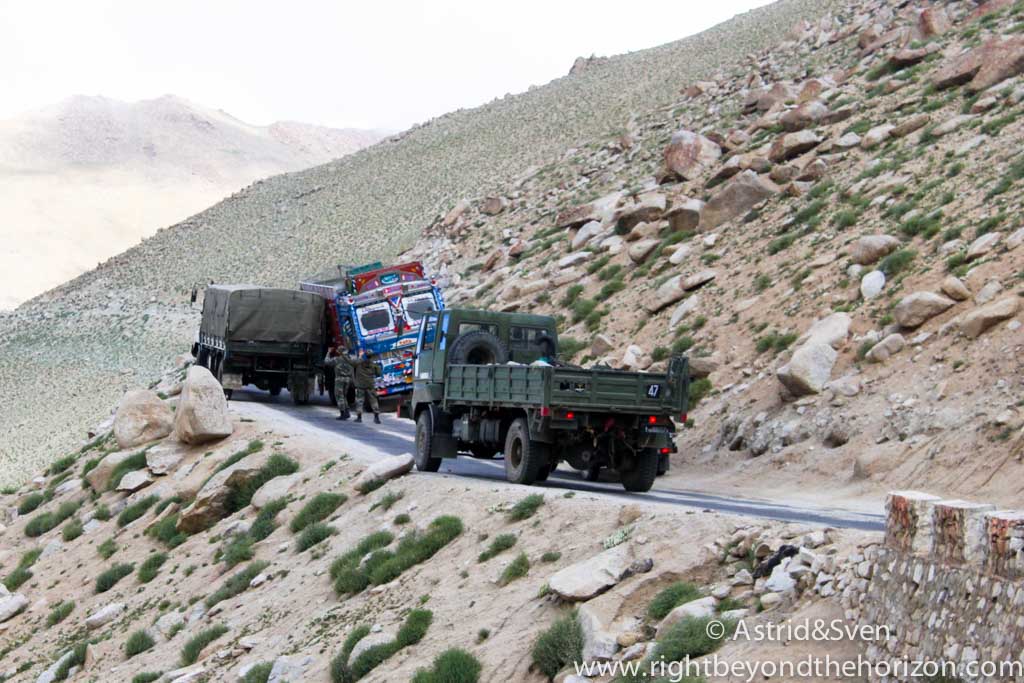 Due to the military in this region many military convoys are using the roads as well. The small roads can be blocked so easily.

Do not expect to many fuel station, when you driving around here. You should have minimum fuel for 400km (in the case you have to drive back). You will drive above 3.000m and steeply hill roads. You use of fuel is increasing probably by 30-70%. Around Manali or Leh you find enough fuel station, but in between fuel stations are rare.

Ladakh is quite touristic you find a lot of restaurants or sleeping places in the Nubra valey, at the Lake Pangong or close the roads (e.g. Leh-Manali-Highway).
If you are a smoker be aware that is nearly impossible to find cigarettes at Nubra valley. Before you start your trip you should buy some. 😉 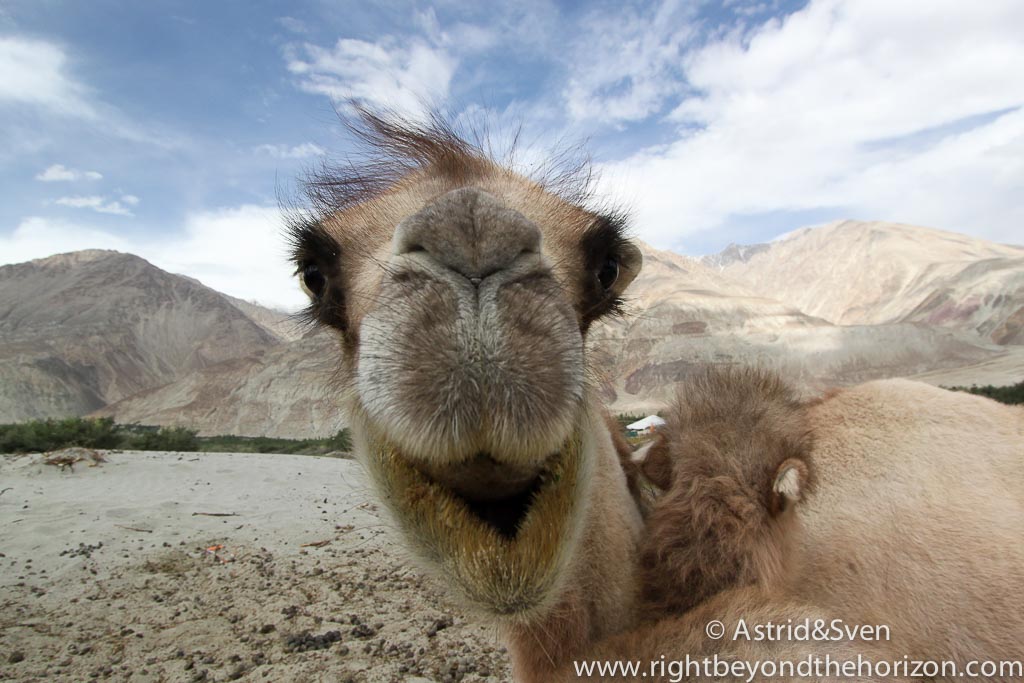 The people here are enormous friendly and helpful. However due to the increasing number of people more and more big national and international companies investing in Ladakh. Even due to the new regulations driving from Manali to Leh the local taxi drivers are a bit unhappy. In 2015 there was several shut downs of the roads by striking taxi drivers. Minimum one time it ended up in violation and destroyed cars. If you drive yourself try to avoid blocked roads by taxi drivers.

Compared to other Indian states it is nearly impossible to buy a card for your mobile phone in Ladakh. Your prepaid card from another part of India will not work. The Indian army will control the communication of possible terrorists.
Currently there is on Internet line coming from Srinagar. Due to rain, landslides the Internet connection was interrupt quite often sometimes for days in 2015.
The electricity works unpredictable as well. There is no electricity sometimes for hours in Leh. However many hotels and restaurants have generators