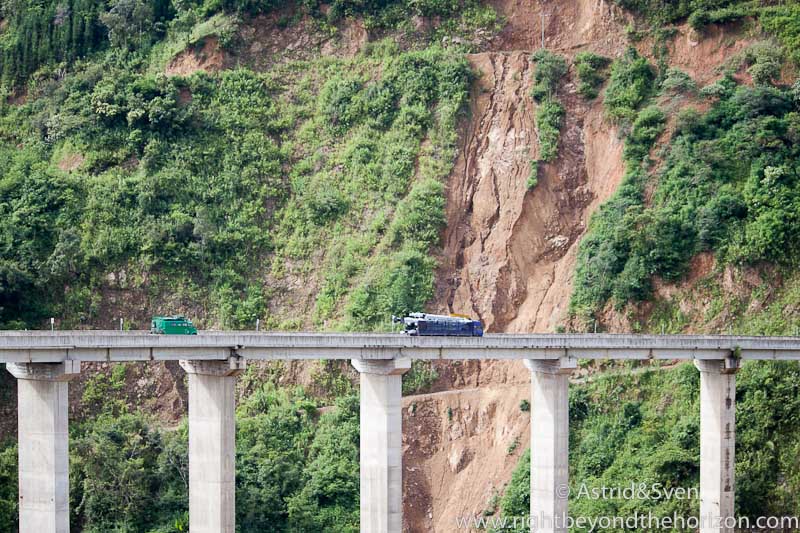 It is not easy to organize a road trip through China. However self-driving in China is allowed by law, but to drive your own car needs a lot of paperwork. You need a travel agency.

For our road trip through China (planned from Mongolia to Nepal in 30 days) we are four vehicles. The organization started one year before.

A temporary import of a car to China needs a lot of paperwork compared to other countries.

You need a Chinese driving licence, a Chinese number plate, a technical vehicle check, the complete route incl. all permissions. We had also to pay an import tax (China do not accept the Carnet de Passage).

In our view it is to many organization and practical unrealistic to get all the permissions by your own. Therefore we tasked a Chinese travel agency.

How to choose a travel agency?

You can find a lot of self-driving offers of Chinese travel agencies online. However you need a company with a minimum of experiences. Therefore we started to ask former customers about the service. In the end we chose Chengdu Greatway Tour Co.

When you plan an unguided tour through China by car or motorbike, we can recommend Laura’s Blog. They organized a two month unguided trip through China.

Chengdu Greatway Tour got an offer about 6.000USD for one car, two persons and 30 days. Travelling with four cars costs roughly 10.000USD – an enormous reduction of the price per car. We used the time and looked for other over lander, which want to cross China as well.

When we arrived at the Chinese border our guide Toni was waiting. The Chinese Customs got all the paperwork in advance. So they just need to check the vehicle and engine identification number. However we could not leave the border by car afterwards. Some more paperwork needs to do. So we went to the next town by taxi and stayed one night in a hotel. The next day the customs called for more import tax. We had still paid 5.000USD to the company, however the Chinese customs asked for 20.000USD per car. We could not believe it, because our car has got a value of roughly 5.000USD. However the travel agency paid the difference.

But this is not the end. We were not allowed to leave the border by our cars. A local police officer asked for a technical check. We presented him our last German technical report. However he wanted a copy in Chinese – a night shift for the travel agency. The next morning we could finally leave with our Chinese number plates. Ok, before this, the officer wanted to check the cars, the vehicle and engine identification number again. 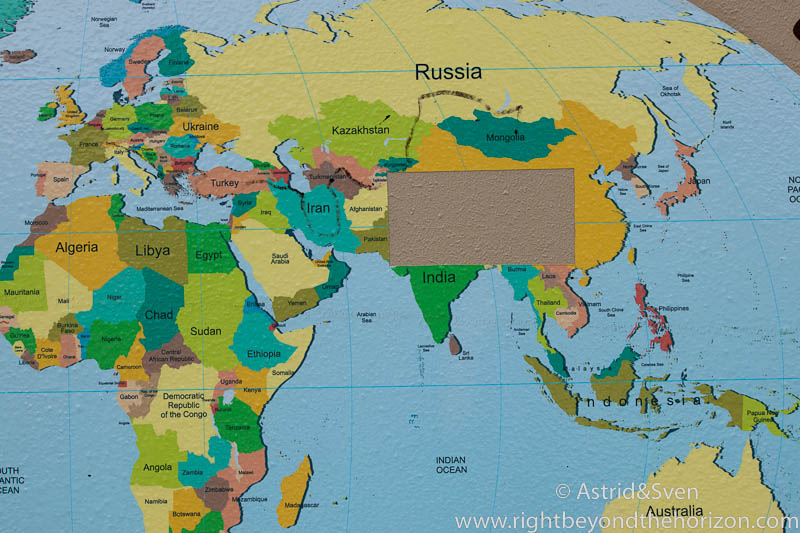 We met a lot of travellers before, who had maps on their cars to show the driven route – mostly a political map. However such a map calls for problems at the Chinese border. Political maps are not allowed in China. There are some differences between China and its neighbours about the correct borderline.

One of the cars had such a political map outside. A big discussion occurred. Finally they cut China out of the map.

The Chinese streets are fantastic. On a highway you pass uncountable tunnels and bridges. It is mostly a three lanes highway. However you have to pay for it – roughly 10-20USD-Cent per kilometre.

We were stopped several times by the police. However they are like all the Chinese really friendly and smiling all the time. In the most cases the police stopped us only to take a picture.

The People and the language 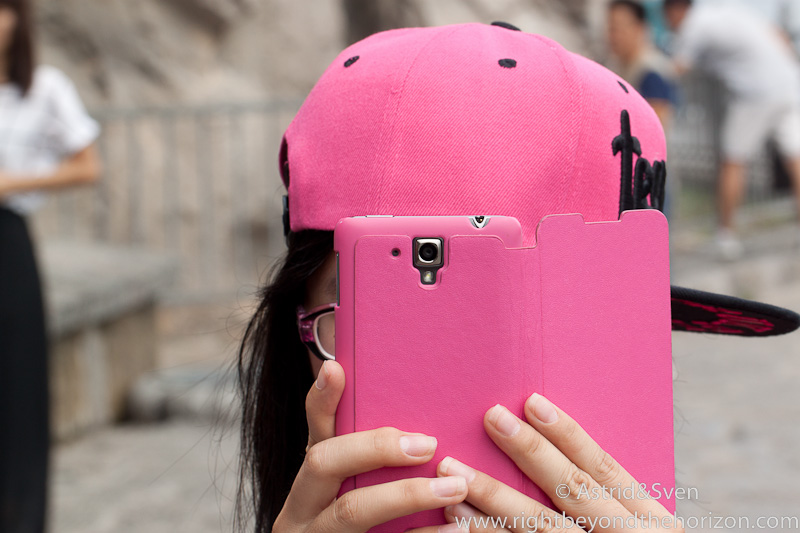 The Chinese are really friendly, smiling all the time and are curious. They took pictures of us everywhere – highway, city, while we drink our morning coffee….

Outside the big cities it is hard to find English-speaking people. Here we were happy to travel with our guide Toni.

The Chinese drive regardful. Just in big city during the rush-our the traffic can be somewhat confusing. However it is nothing compared to the traffic in Moscow, Ulaanbaatar or Cairo.

And surprisingly the most traffic signs are in English.

Places for the night

We are travelling by motorhome and normally we want to stay there for the night – not only to save the money for the hotel. And we could do it in China – surprisingly not on a parking space behind a hotel – like other travellers. Our guide Toni organized most of the time nice parking spaces.

Here is nearly nothing to say. We got our stamp and could leave the country 15 minutes later in our cars – easy.