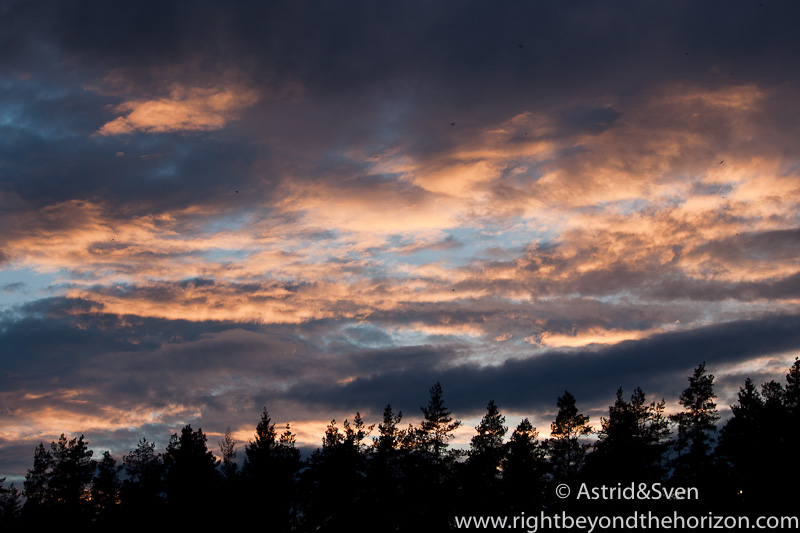 „You are not crazy, you are normal“, Zane says. We are talking about our trip. Zane will surf Zane’s couch for the next days. She also quit her job and went travelling around the world. We are talking and having from sometimes a vodka till late in the night.
At this time we couldn’t imagine the fantastic days in Latvia we were facing for example in the Gauja National Park and at the Latvian coast. 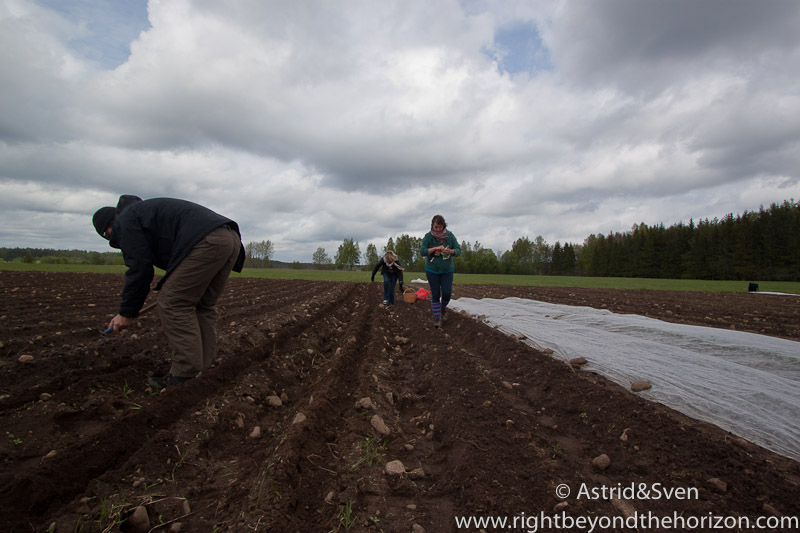 On the next day we can feel a bit the vodka. The vodka, we bought, was not the best. However, we will have a lot of time to learn, which vodka works well and is drinkable. 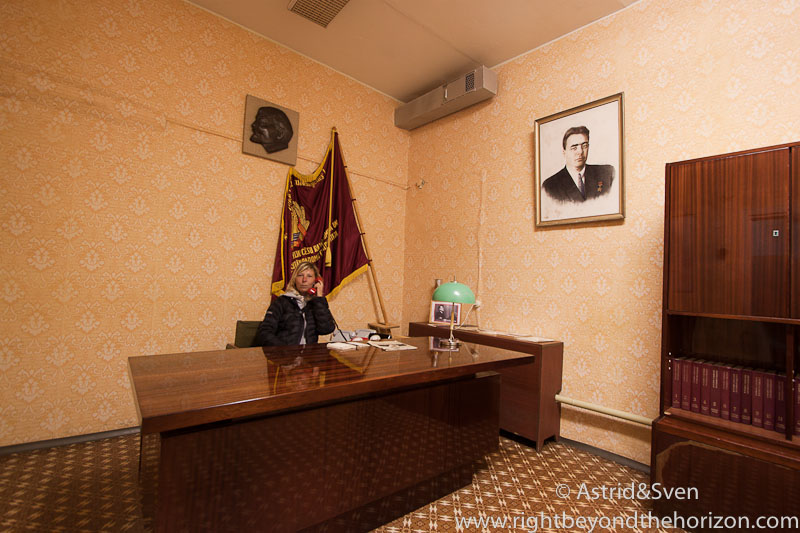 “If you like, I can show you some places close to Riga in the Gauja National Park.”, Zane suggests.
One hour later we are on our way to the Gauja National Park. Our fist stop is the Secret Soviet bunker und the recreational centre in Litagne.However before we “have” 🙂 to go farming at Zane’s field.
Here, the Soviets built a little city under the earth in the case of a nuclear war. The Soviet secret bunker is for around 250 people.
We arrive at the recreational centre. “Here, shall be a bunker?” we say, “It looks so quiet and peaceful.”
Minutes later we enter the bunker. To get to the entrance we have to enter the recreational building.
Under the earth the world looks different. The bunker is still intact. The most things inside are still working. 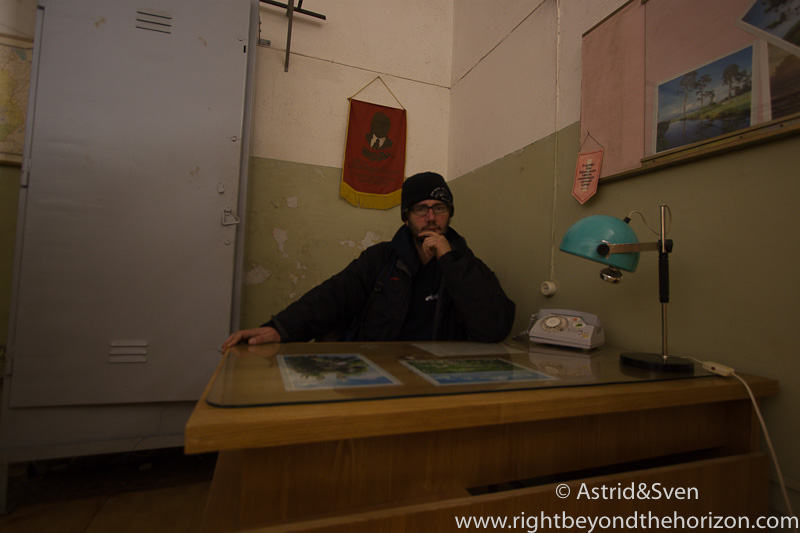 “This is the kitchen. Here the people got food and 20gramms of vodka every day.” our guide tells in Latvian. Thanks to Zane, she is translating all the time. Later we find ourselves in the middle of the “party room”. So a room is called by our guide. She plays music.
“Please don’t take pictures here. We are now in the middle of a room full of maps. We can see maps of whole Latvia with bunkers and more.

After the secret Soviet bunker we are moving in to the countryside. In the Gauja National parks are many rivers a picturesque landscape. We explore the Zvārtes Rock and Ķūķu Rock. Later in the day it now around 8pm we start to walk the natural trail in Litagne. It is still so late, that we do not have to pay something for entering the trail.
The trail is beautiful. “Deep” in the forest we explore the wildlife like bears, elks and and and…. 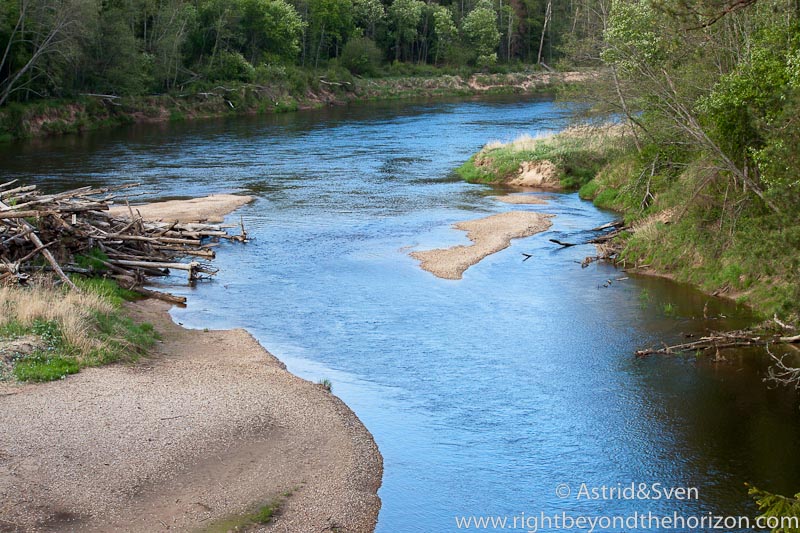 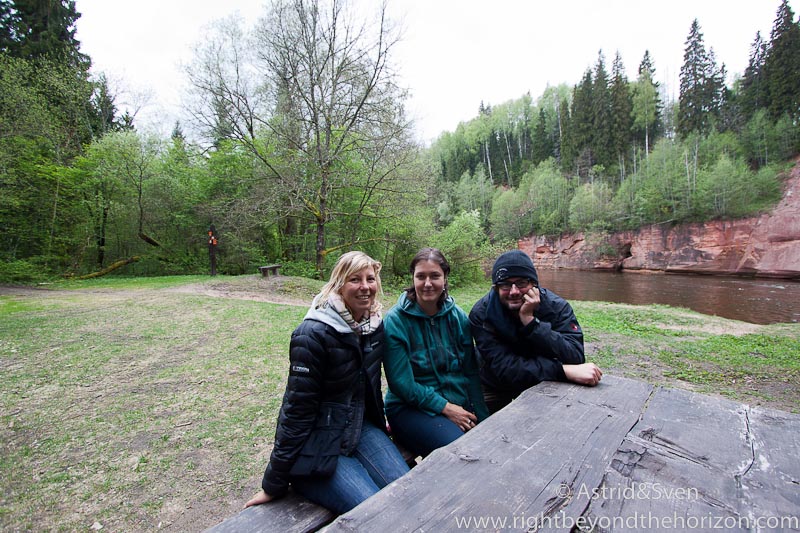 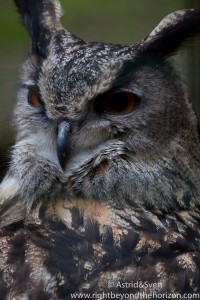 “It is just a suggestion, however if you like we can go tomorrow further to the West, visiting a friend of mine and driving back on the next day.” Zane suggests on the way back.
We are totally agreed. On the next day we are visiting Riga first and later in the day we are going to the coast of Latvia.