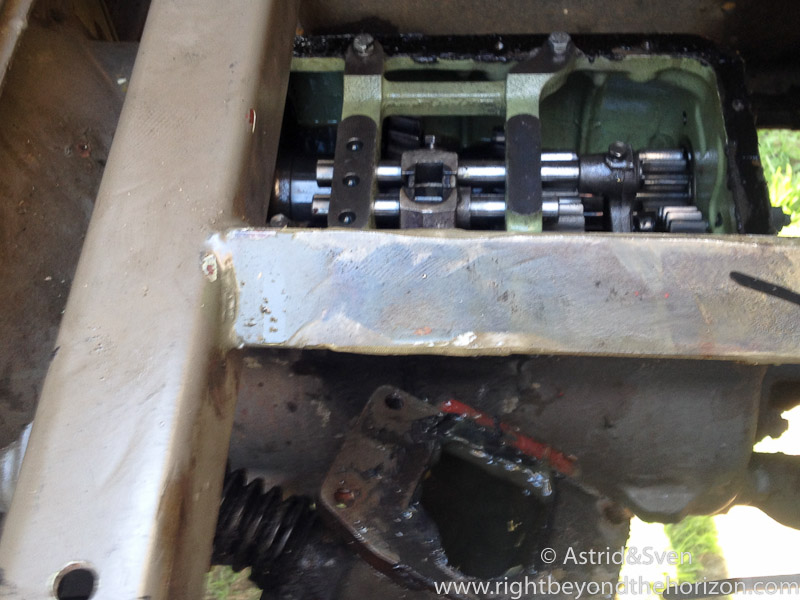 In the morning, before we left Lesny Dwor we checked our Steyr 680 “Loki”, like every morning. One V belt was loosened and ripped; as a result we changed it.
Unfortunately that was not the only problem with Loki this day. 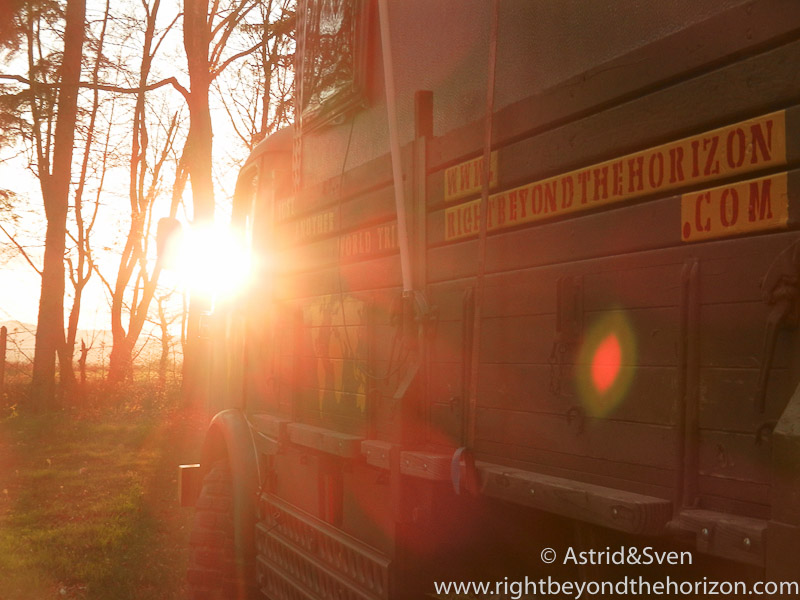 The V belt between the coolant pump and the compressor was ripped. The ride to Krakow was delayed.
A few hours later we had the next problem with our Loki – this time in the middle of a construction. The gears couldn`t be shifted. Anyway we managed to get the first gear in and left the area with 7 km/h.
Once again we undressed our Steyr: First we dismantled the front and then, as far as possible the middle, the troubleshooting could start.
All signs point to the gear shift linkage. Round about 3 hours later and 10 degrees colder, alternatives were gone. The word “gear box” let us sweat.
It got dark and we accepted that we had to find a professional. We were close to the freeway and there was a building we ran to. We rang the bell with black hands, faces, black jackets and caps, although the door was opened, after I screamed into the intercom: car is broken!
The nice guy phoned the freeway car service.

30 minutes later somebody who was able to speak German arrived. He spotted immediately, that we had already done a lot and therefore it was not possible to repair the car on the field. His garage was unhappily 36 km away and we weren`t able to shift one single gear.
After one more hour we managed to shift the third gear. With 30 km/h we drove through the Poland night to the garage and slept there at the court yard.
We detected at the next morning, that the shift finger (the thing which is shifting between the gears) was broken. It was welded and now we can shift the gears better than before. 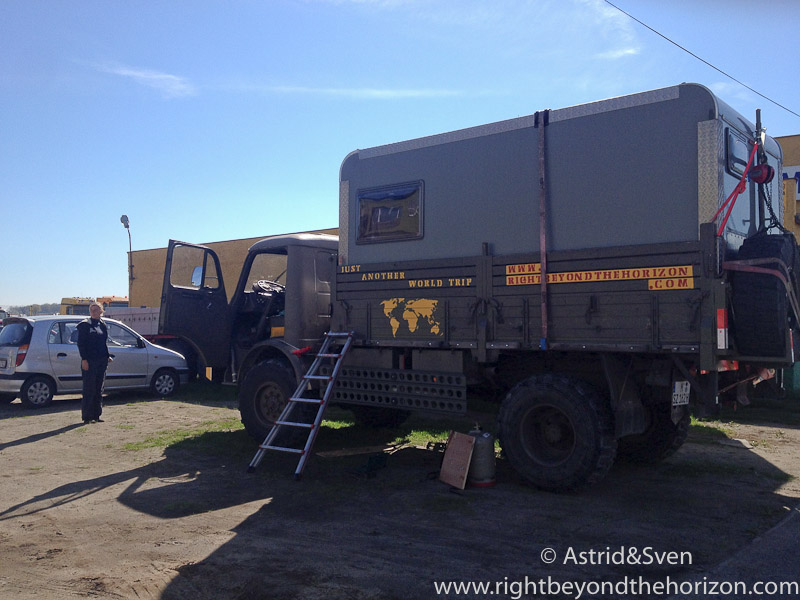 It leaves a sour taste: after 2000km and the third car repair our confidence in Loki is shaken, but our repair skills are greatly enlarged!