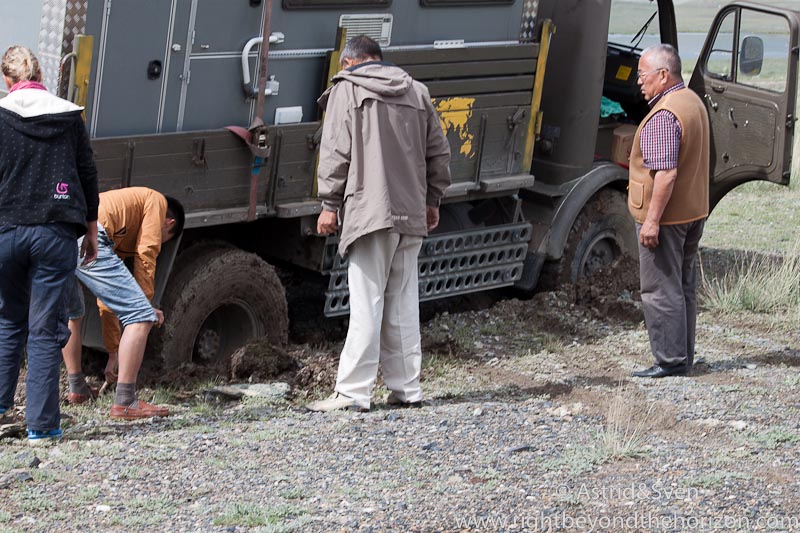 It is not correct. We fond nearly everywhere fuel stations. Especially in the Aimac-centers there are a lot of fuel stations. If you are driving close to the main routes then a tank for 600km driving should be enough. 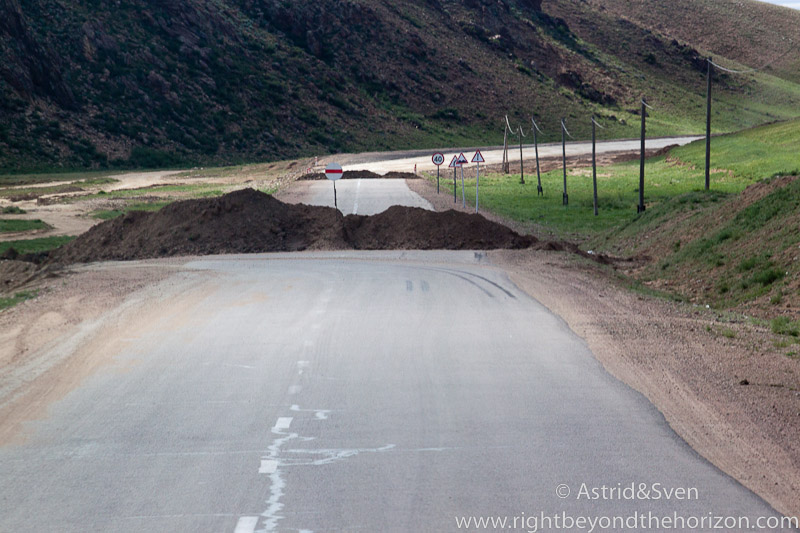 In Mongolia they built on every corner. Especially in and around Ulan bator the streets are good. Don`t expect an offroad feeling here. You can find a list of our driven roads below. Nearly all the paved roads are on a little hill and have a are ditch on the ground. There is nothing more depressing when you are tormented for days by mud, sand, rivers, over corrugated roads and next to you the cars driving by on a paved road and you can not drive it, because you can`t enter it. 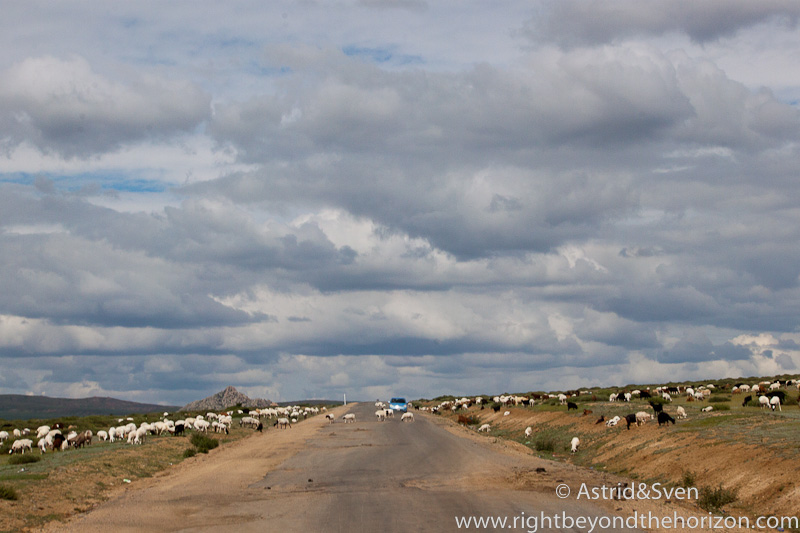 Beware of horses and sheeps. The run directly into the vehicle. Cows and goats wait usually quite good on the roadside. Camels watching cars quite funny.

Ask a Mongol, he knows the way 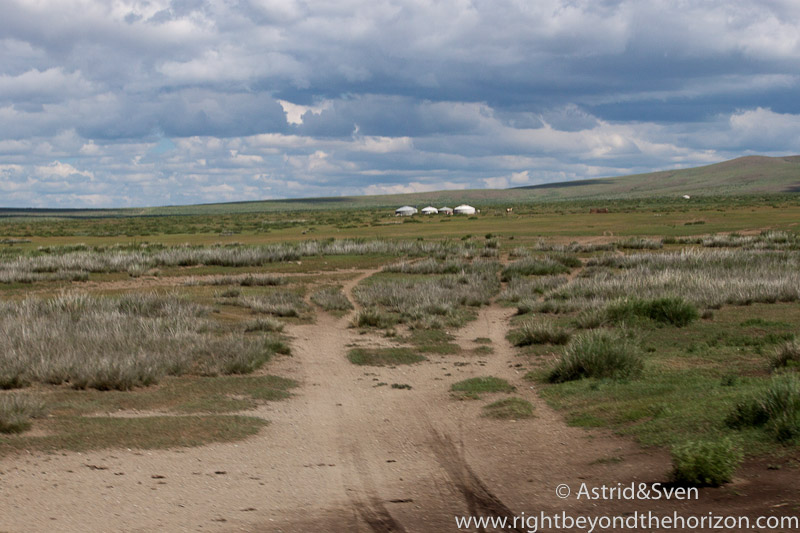 He does not know The Way. But he knows the direction and then he normally looks for a way himself while driving. Anyway, we got the answer, “in this sky direction” in approximately 90% of cases. There is not just one way in Mongolia. There are many ways, but sometimes only one, that is mobile. The result is that the Mongolian people get stuck a lot of times, because they like to test if it works or not. Then it is shoveled or pushed out and it goes on and they expect you to do so as well.

We observed the Mongols (trucks) and the traffic and then we decided which track we take. We have faced a half hour  a rivercrossing to find the right way by watching the other cars. Unfortunartly all the pepole watched us from the other side the whole time to see if the way we choose is mobile.
One more thing: Mongolians like to ride at night.

You need a lot of USD to change money

That´s completöy unnessessary. You can get cash at every ATM in an Aimag centre with your Creditcard. Dollars are normally not accepted. 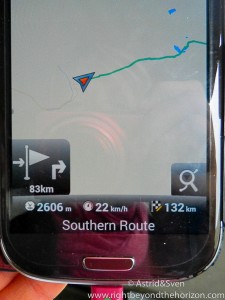 Maps and even GPS devices don`t work. A paved road is mostly to new and neither on the map nor on the GPS device and a track is chancing the whole time (washboard, mud, shorter way to new paved roads…). So you just get a clue where the road could be. Watch the other cars, they normaly know the right way at the right time. (If it`s raining some of the main tracks on your GPS are not mobile, if you follow your divice you will get stuck with not help, because all the others know that this track is to muddy and drive auround the valley). If you want to err on the side of caution: follow the trucks. you can be sure that that track is mobile for a car.

We brought a mobile card with 1 GB for 12.000Tugrik (about 5EUR) from the operator mobilcom. We even found some internet access in the middle of the desert. In every city we had a highspeed internetconnection. So the coverage is quite good, at least we had every second day internet access.