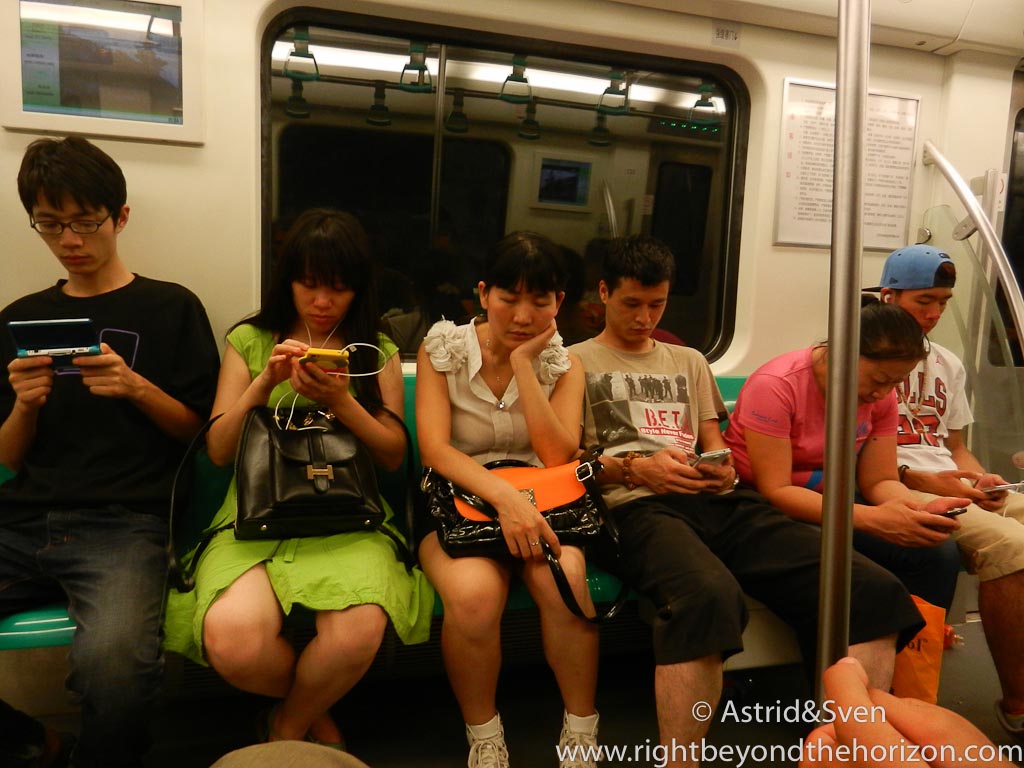 We realized after entering China, that we weren`t free from clichés about the country. That`s why a lot of things really perplexed us. With this article we try to break down wrong or obsolete China cliches.

China radically altered in past years, both political and economical and from there socially as well. The protection of private property is now established in the constitution and the position of private investment has been strengthened. The private capital is on the same level as Marx and Mao.

Yet a change is very significant: Farmer become city dwellers

That`s how it happened that we drove on a 8 line highway just by our own. Around us are hundreds of Skyscrapers with thousands of flats, but all empty. The whole city is built for farmers to move in.

At the past three decades the number of city dwellers increased to 400 million. 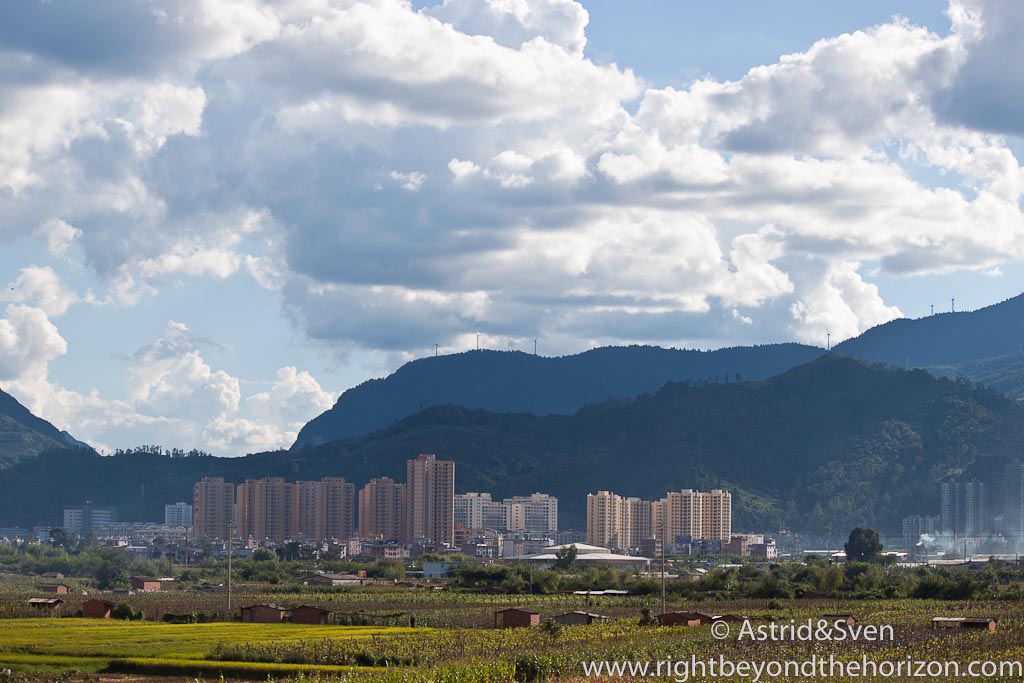 Further 250 million Chinese people should move into cities – after the government intention.

An extremely change is ongoing: Farmers, who live since thousands of years from the land, should – or have to –become consumers. But this means, they have to become city dwellers.

Further 250 million of Chinese people should move to the cities until 2025. That’s 3 times the population of Germany.

The government don`t trust that this will happen by its own, it passes edicts to start the movement of the people.

The whole country is full of giant empty retort-cities. We passed several.

If this urbanization turns out to be a boon or a bane, remains to be seen.

Is there a concept of ecology in China?

It took us hours and hours to pass the fields of solar panels and wind craft. And inside the cities, you have to look more than once for traffic. These days you won`t hear anything. There are millions of electro scooters, passing noiseless.

The rest of the world doesn`t think about China as a pioneer in case of environment and climate protection. But they are doing China wrong. The middle kingdom has an incredible boom in the field of the renewable energy.

Electro-scooter, solarfields and windpower can be seen everywhere, and in addition in an amount we haven`t seen anywhere else in the world. The alarming pictures of the smog could soon become past. (we were assured, that the situation today is much better, than years before) 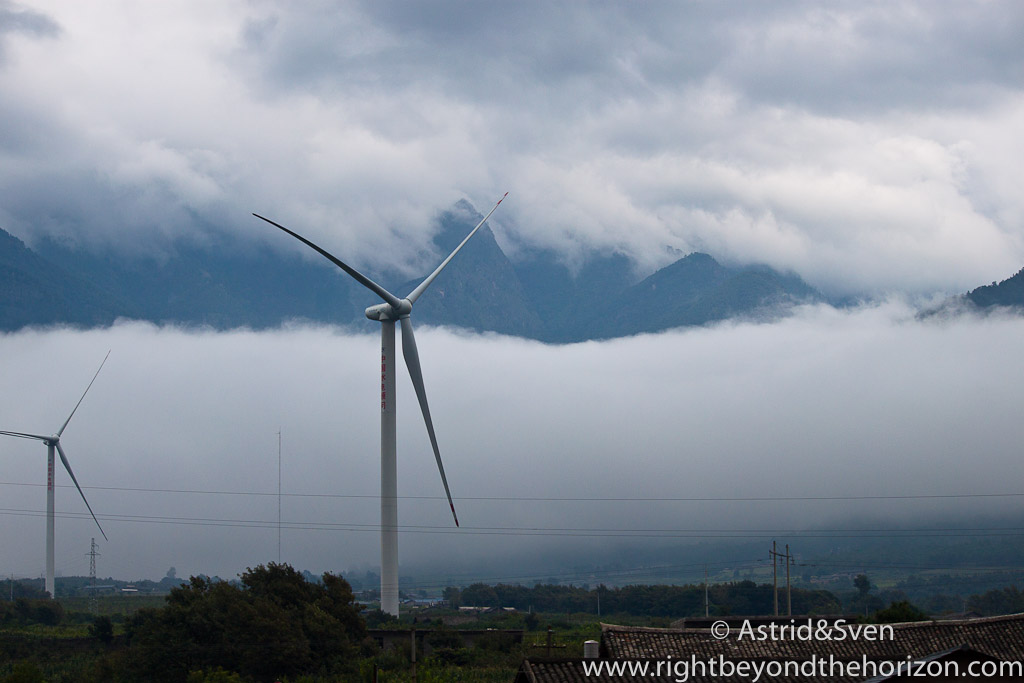 China is at the moment, unnoticed by the western public, pioneer in renewable energies. Not only in producing, even in using.

The production of solar panels has increased since 2005 one hundred fold. We in Germany only notice that in connection with our solar industry, but it`s a fact, that they use the solar panels in China and they have massive solar fields!

Investments of China at the field of renewable energies: Already in the year 2012 Chin overtook the US. Only in solar power the investment of China was 30 milliard dollars – this corresponded with around 25% of the total expenses of the whole world in this technic. In addition more than 30 % of the worldwide investments for wind power were from China.

Due to the large economic and the big amount of people, China holds still a top position related to energy emissions. But the change has already started!

And once again I can hear the horn of an electro scooter. It would be better if they add a noise, like they did at the vacuum cleaner.

China and animal protection? In China they eat dogs?

Because of its cruel animal treatment, China is worldwide under fire. But these days, China is not only changing in relation to environment protection, but also the attitude towards animals become more and more western.

With the growing standard of living, more and more Chinese have pets. They treat them increasingly as friends or family members. There are 33 million households with cats or dogs in China (And I don`t mean the farmer, who use this animals for work) with rising tendency.

„ It´s enough. We won`t see animal torturing any longer. Over one hundred countries worldwide have laws, which forbid the torturing of animals, but we don`t have one!

We want you to support us!

There is still a lot to do to protect animals better in China, but there is a beginning. This animal protection law is now in discussion. It`s a step!

Don`t forget: The environmental awareness and the sense for animal protection always comes with prosperity. If you don`t have to fight for your daily life, than you can think about animals and nature!

But for sure, we have seen a lot of markets with uncountable “protected” animals, like here in Chengdu: 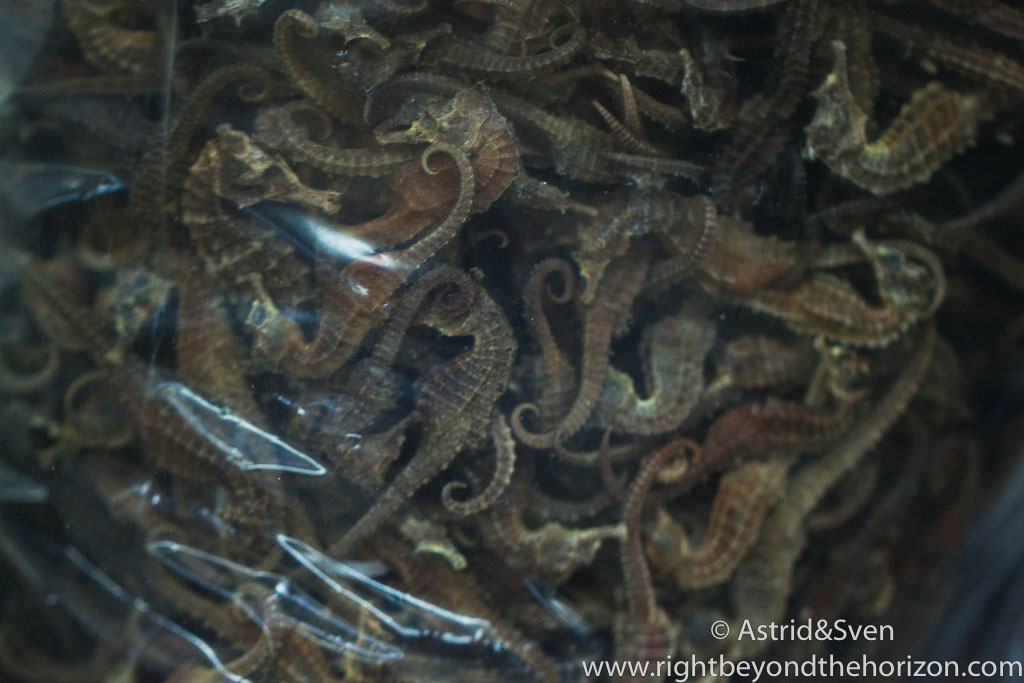 Ridding the metro in Bejing, we feel like in Munich. Modern dressed people driving, with a suit or a dress and always a mobile in their hand, to their job or for shopping. Didn`t we learn that all Chinese wearing grey shirts and riding a bicycle? It looks like that is obsolete. We haven`t seen any bicycles or rikschas!

China is developing quickly; therefore the society is changing fast.  There are three generations today: the “bevor 80th generation”, the “80th generation” and the “90th generation”. All of these groups are grown up in different social surroundings.

The „ bevor 80th generation“: These people have experienced the culture revolution, or at least they are deeply impressed of this area.

The „80th generation“: This generation was born into the economic reforms and has grown with the hope, that they have a brilliant future because of education.

The “90th generation”: While the parents had to deal with essential questions, the children benefits from the economic boom and the “one child politic”. The disposable income has increased a lot. Mobiles, laptops and IPads are basics. This generation could hardly be differing from western youngsters. But one point is different:

A massive pressure exists.  They all should study and earn a lot of money, but only 4 million university places were available. Three million young Chinese are disappointed: They failed the extremely hard university test.

The youth are stressed: To stay the hard competitor’s fight of the new capitalism, they have to have a university degree. But the 1500 universities can`t handle the huge amount of applicants.

University education therefore is 25 years after the start of the economic reforms still the privilege of a small elite. These days, just 1% are able to study.

Chinese all look the same!

Indeed most of the Chinese have black hair and dark eyes, but that’s it!

People from the northern part are quiet tall. A high of 1.80m or 1.90m isn`t seldom and nobody is yellow!

There are over 50 nationalities in China, so you can imagine, people look quiet different.

But for Asian people is the other way around: we westerns all look the same at the first view.

People from the south of China eating rice. People from the north, on the other hand, eating noodles or dulled bread. The river “Yangze” separates China to the noodle part (north Chinese people claim, that they found the spaghetti) and the rice part.

If you ask a Chinese what he thinks is typically German, his prejudice is: a beer drinking folklore tribe, working like a machine.

By the way: Only 2% of the Germans know, that Xi Jinping is the head of state. But 20% of the Chinese know that Angela Merkel is our head of state.

The “Huawei study” result shows how little German and Chinese are acquainted. The Huawei Study 2014 examines, for the second time since 2012, how China is perceived by Germans in terms of “politics and the state”, “economy and innovation”, as well as “society and culture”, and how the Chinese perceive Germany in these areas. The perceptions are put into an overall context through empirical findings and statistical indicators.

Many clichés still define the image, but while the Chinese have a positive impression from Germany, the Germans think mostly negative about China. 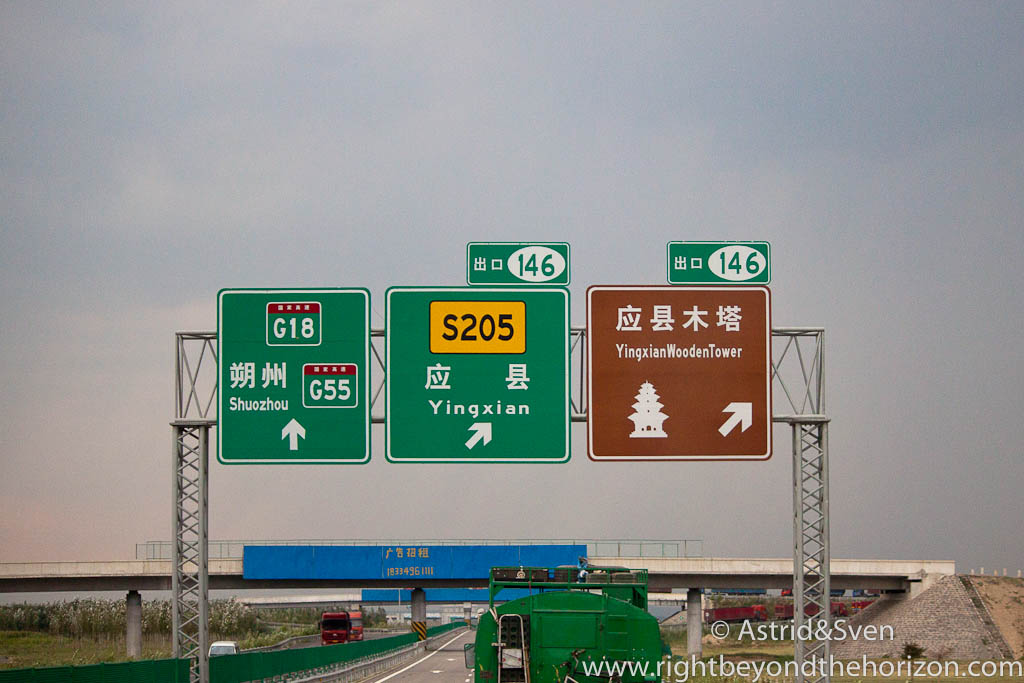 – Flats must to be given back after 100 years

– There are almost only electro scooters

– The one child police is gone (pension problems), but most of the Chinese don`t want to have a second child. (Expenses)

– China in Chinese is Zhongguo, which means “middle kingdom”

– Chinese hospitals are not allowed to tell the parents the gender of the unborn child. (To avoid abortion)

– China is a secular state and the majority of the Chinese people have no religion.

–  Actually 5 time zones exist in China, but the government decided in 1949, that China just has one. So today China has just one offical time zone, even when the sun rises 5 hours earlier in the eastern, than in the western part.

– They have no wintertime, they just come one hour later to work and they were completely shock, as we told them, that we adjust our clocks in the wintertime: “That’s ridiculous” J

– Chinese love to be with other people, they not even close the toilet door

– Traffic signs are written in our letters s well, because many truck drivers are not able to read Chinese signs (our letters are simple: just 24 compared to several thousand signs)

– Men willow their shirt, when it is hot. Until the chest

– they spit on the ground the whole time. That`s a relic from the Mao age. These days everybody was suspect, who didn`t behave as a farmer.

– Chinese normally don`t eat dogs. Only in a southern region some people do. They discuss the first animal protection law in Bejing and it will include a countrywide ban for that.

– over 50 places in China are UNESCO heritages

– The long fingernail on a man`s hand: It`s the same in whole Asia. It symbolizes that you don`t have to work on a farm.

– Those who want to register a car in Bejing have to be part of a lottery. If you are unlucky, you have to wait for years to register one. (environmental reasons)

We hope that we could break down some prejudices with this article. A lot of “information” persistently hold the field, even so when they are wrong or from long time ago. The best thing is always to form our own opinion and travel!