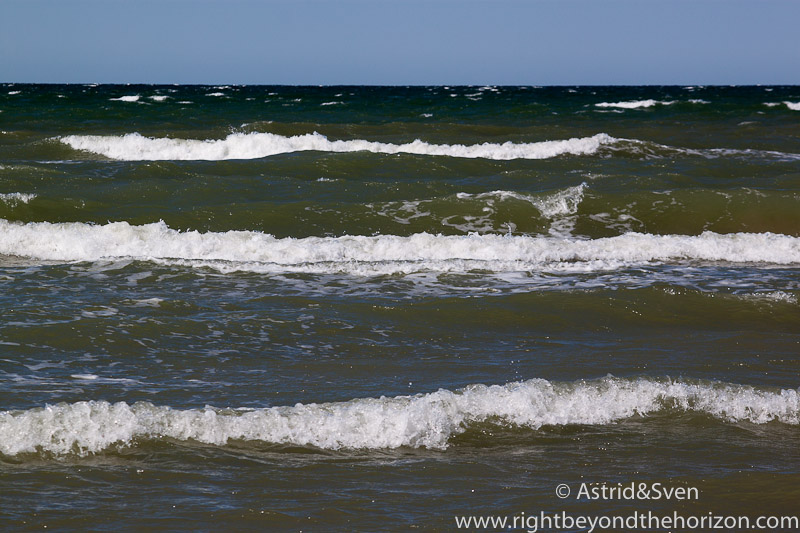 Home » Europe » Liepaja and the west coast of Latvia

Zane has arranged that we can sleep at a friend tonight.
She lives with her two children in a plattenbau close to Liepaja. Liepaja is one of the cities in Latvia, which has lost a lot of inhabitants the last years. The number comes down from round about 300.000 to under 100.000. 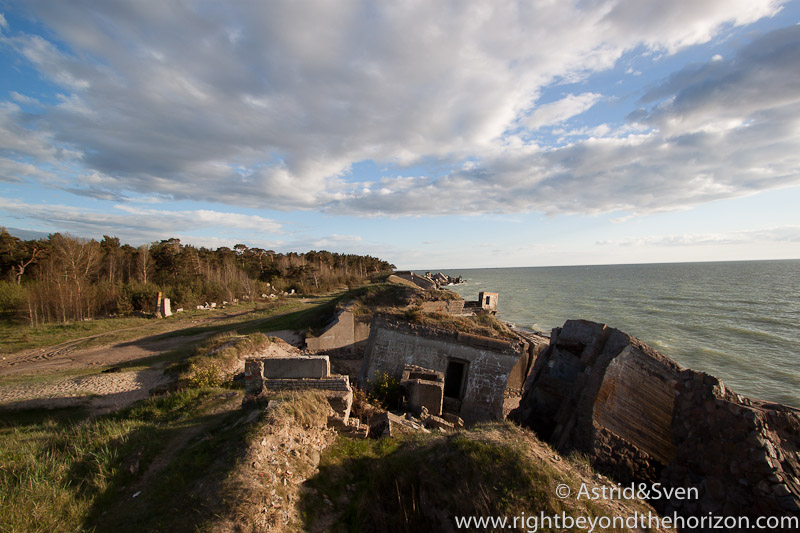 Am In the evening we leave to explore an old restricted area close to Liepaja. Here are old bunkers close to the sea and an old Soviet military base.
“Here is a vodka” Zane tells, “It is an vodka sightseeing tour.”
Our next stop is an Orthodox church in the middle of the military base. It looks somewhat crazy: the beautiful church and the plattenbaus around.
“Here is another Vodka and now let’s go close to the harbour.”

The west coast of Latvia

At the next day we plan to explore the West coast of Latvia. “I can see the sea” Astrid cries. 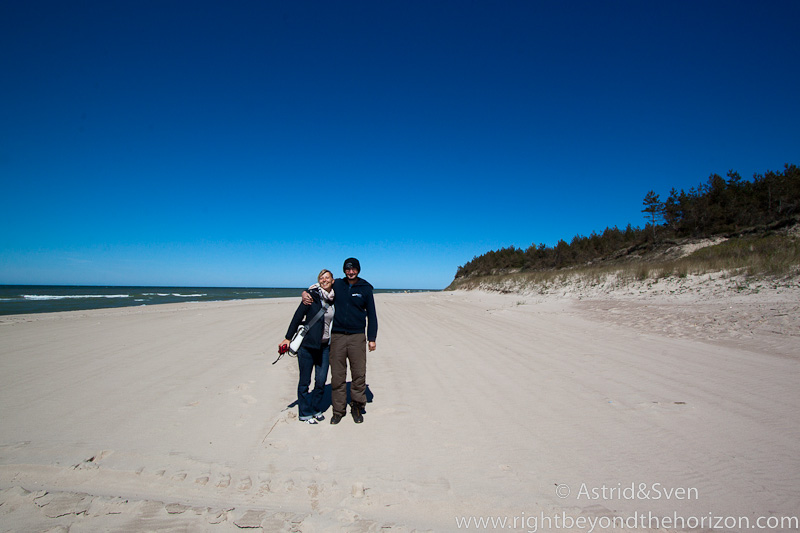 The roads are empty. Just signs of camping sides are showing that in the season is must be busy here. We are alone. When we stop there is no one who collecting paring fee. The beaches are empty. 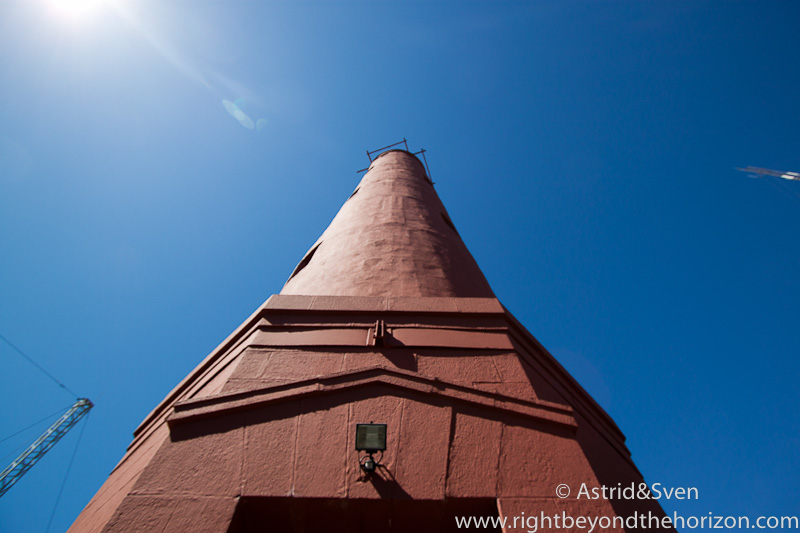 As we stop at a lighthouse a lady tells us: “Be careful, it is windy upstairs.” And it is a strong cold wind. However it is an amazing view over the landscape and the West coast of Latvia.
We are driving further North. “This beach is well-known for wind- and kite surfing” Zane tells.
We have a coffee in a really nice rebuilt restaurant. 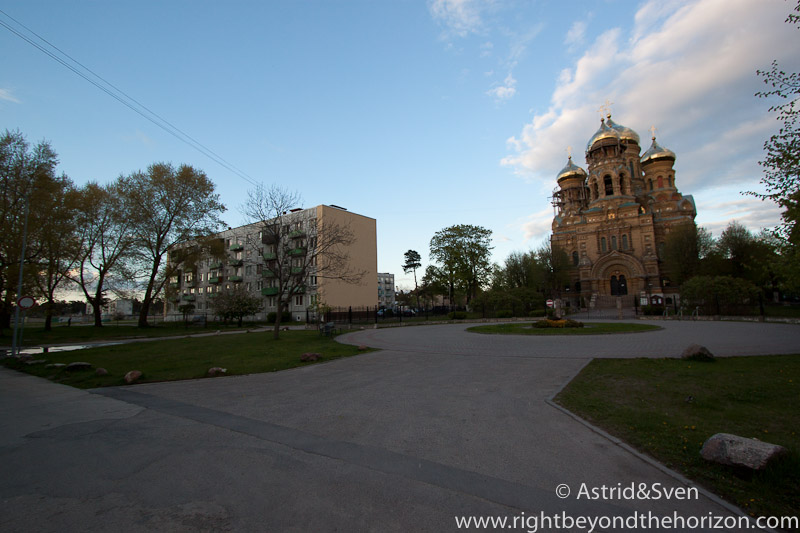 Some miles later we find ourselves in another National Park. It is the end of the Baltic Sea and the beginning of the Gulf of Riga.

We are driving further – now back to Riga. We are passing Jurmala. Jurmala is a city close to Riga directly at the beach. It looks totally different compared to the places we have seen before. The infrastructure, the roads are completely different to the West part of the country. “In summer times it will be really busy here”, Zane says. “I can imagine” Astrid answers.
After a quick stop at Zane’s parents we are driving into Riga.

“Ooohhh, there is a concert. Let’s stop for 10 minutes” Ten minutes are getting one hour. We enjoyed really enjoyed it. The district of Riga is on the other side of the river…. close to the Old Town. It is a really nice district. Some of the houses were restored in the last years and now the district is coming back. It looks a bit like the Berlin or Munich – Gärtnerplatz. Families, older people, students are enjoying the concert. It is a mix of everybody. We love it.

Next day we have to say good-bye. We are moving further North and Zane is leaving to China. We had an incredible time in Latvia. Thanks to Zane.