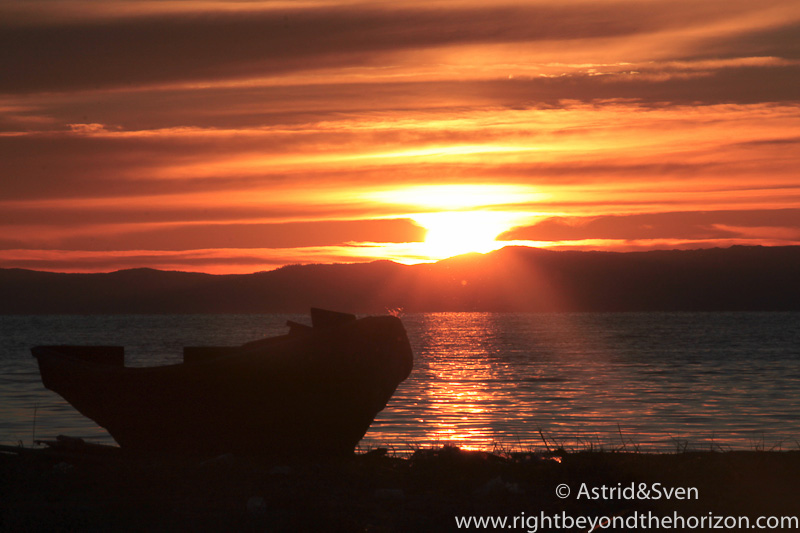 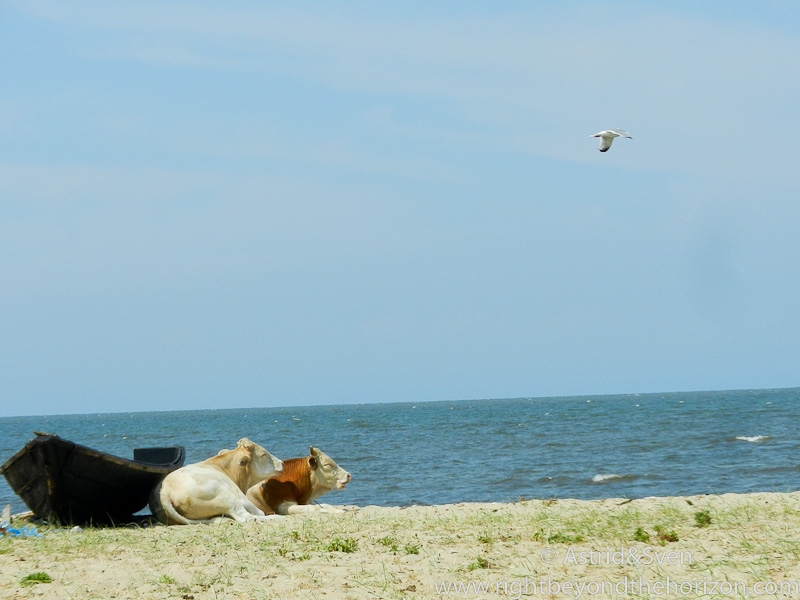 After the Naadam celebration and enough travel stories at the oasis guest house we leave for the lake Baikal.

We just have 7 days at our Russian visa left. At the beginning we wanted to go to Listvjanka or the Olchon island to dive there. But time is running way. To reach the points we need 4 or 5 days from the border. Due to the time we drive to the eastern side of the lake near Ulan-Ude. We are surprised. As we left the main road to the lake, we find a paved – good paved- road. We didn`t expect that. As we reached the shore, we found a nice beach with a few cows and horses. The Russian coming and Boriatian hospitability The weekend comes near. After two lonesome relaxing days, it`s Friday and the beach get crowded. 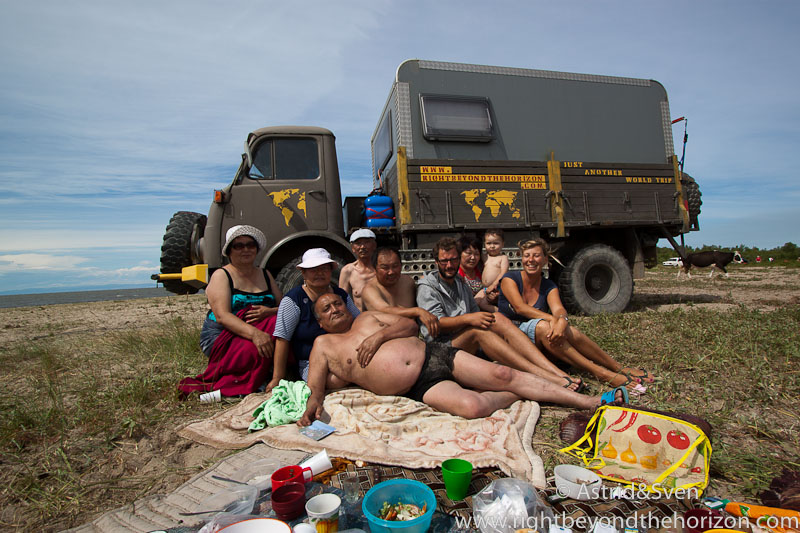 Directly beneath us a Boriatian family set up camp. Grandparents with their grandchildren. Buriatians are Buddhists live around Ulan-Ude and were former part of Mongolia. We`re invited to soup tea and vodka. A lot of vodka! We try to talk, as far as possible without English, and we`re listing to old stories about the lake Baikal and their religion. Then the photo session started. We`re carrying a printer with us and so, the pics can be printed out. We have to sign all the pictures. The evening turns out to be long and longer. At the next morning we have to say good bye, our visa is almost out of time and we have to drive to the border.