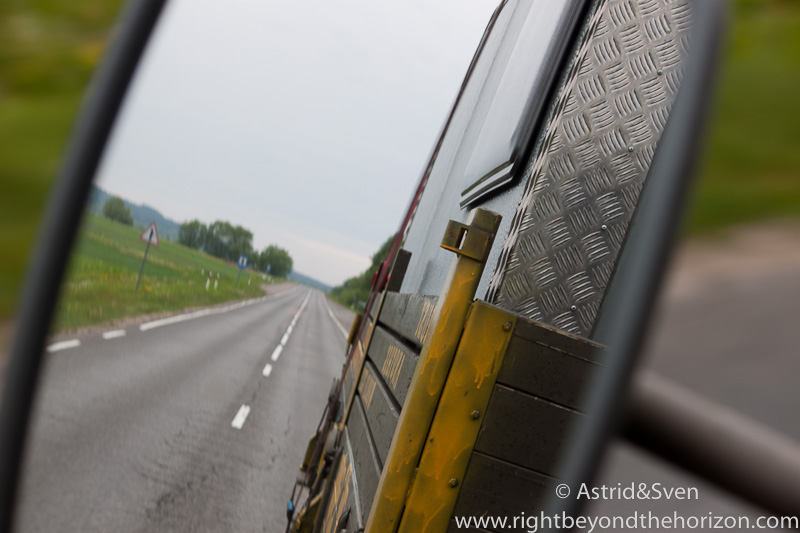 We arrive in Kaunas – Lithuania. We had again a long trip of round about 500km in nine hours from Warsaw behind us. On the next day we are planning to drive a part of the Eunos road.

We started in Warsaw. When we came closer to the Polish- Lithuanian border the traffic was getting worse. We were passed by a lot of trucks. The border crossing was quite easy – thanks to the European Union.

In the evening we finally reached Kaunas. 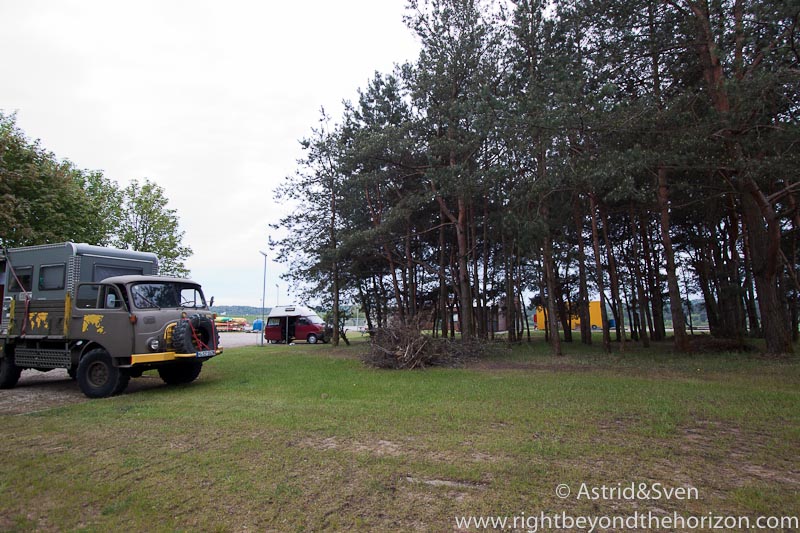 Check in. Our campsite for tonight is close to the river Eunos and close to the Centre of Kaunas. The side looks really good and is affordable. It is a long time ago, that we had such a quick internet connection. 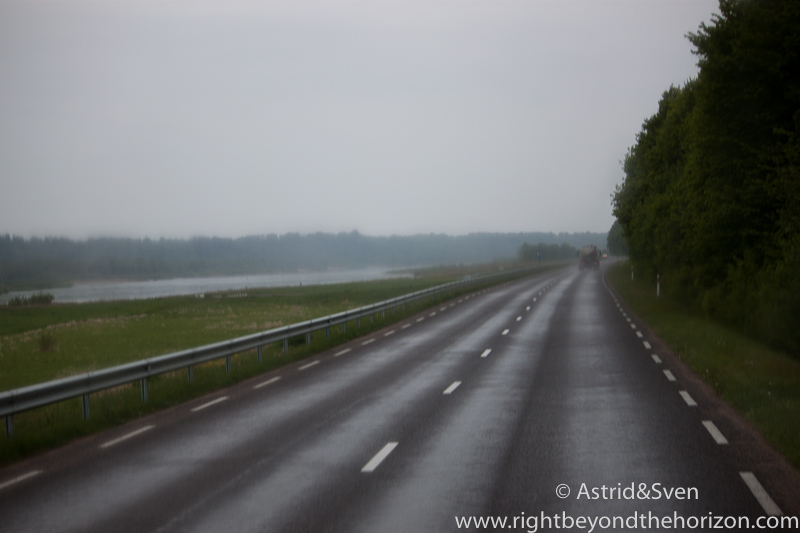 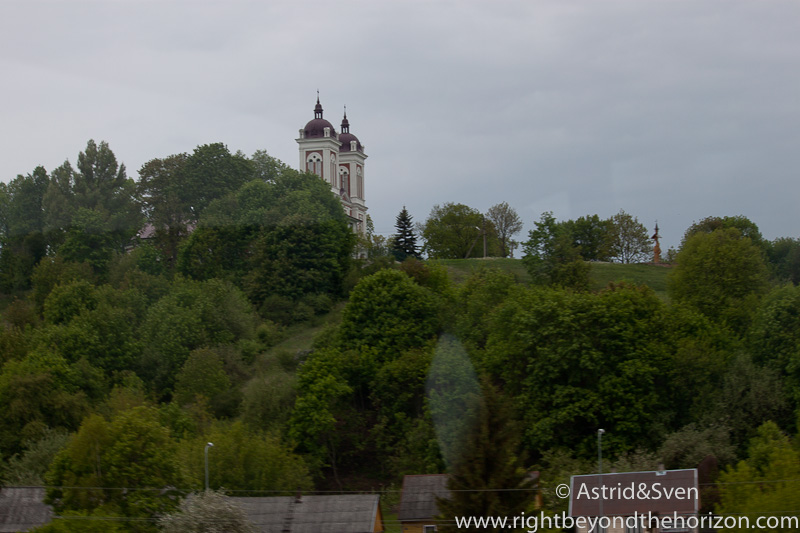 We wake up. The sun shines. Unfortunately, it will be the last time that we see the sun today. After a nice breakfast we start to drive the Eunos road.

The Eunos road is the oldest road in Lithuania. It’s a picturesque road along the river Eunos. We are driving slowly along the river. Fishermen are everywhere. However, it is raining cats and dogs.

Sometimes we stop at one of the parking spaces directly at the river. Despite of the rain, the view along the Eunos is beautiful.

However the Hill of Crosses further North is our final destination for today. So we leave the Eunos road behind Jurbarkas.

Thanks to the European Union. The streets besides the main roads are great. Our way to North goes through a wood. “There are boars”, Astrid shows.

After some ours we reach a campsite beside the Hill of Crosses.