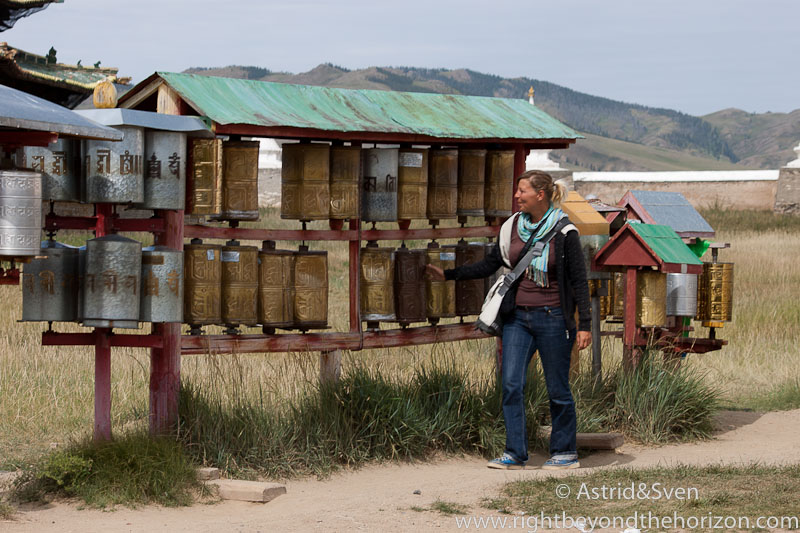 „Another Day in paradise!“ After the visit of the Orkhon valley we drive further to Kharakhorin, where the monastry Erdene Zuu is located. 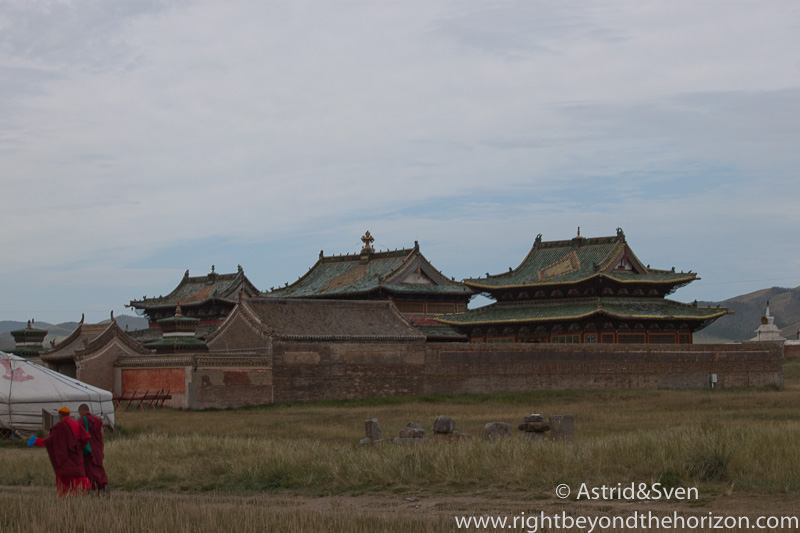 Founded in 1586 by Altai Khaan, Erdene Zuu (Hundred Treasures) was the first Buddhist monastery in Mongolia. It had between 60 and 100 temples, about 300 gers inside the walls and, at its peak, up to 1000 monks in residence.

The monastery went through periods of neglect and prosperity until finally the Stalinist purges of 1937 put it completely out of business. All but three of the temples in Erdene Zuu were destroyed and an unknown number of monks were either killed or sent to Siberian gulags.

Right behind the monastry is the place where once Kharakorum was situated.

Genghis Khan was founded 1220 the first Mongolian Capital city  in the Orkhon valley – Karakorum (nowadays called Kharkhorin). Buildings were completed by his son, Ogedei Khan, after Genghis’ death. But Karakorum served as the capital for only 40 years before Kublai Khan moved it to Beijing  Following the move, and the subsequent collapse of the Mongolian empire, Karakorum was abandoned and then later destroyed by hordes of  Manchurian soldiers. It was a busy spindled peaceful multinational city with civilization of different religions. It was  built by the best artists and masters of all world. But it was completely destroyed in the fierce battles of the internecine war. Surprising heritage for the scientists was the discovery of a burial of Mongolian women which dates to approximately the 14th century were also two Egyptian masks, a wooden comb and bronze mirror in a case were found-shows ancient relationship between the nations. 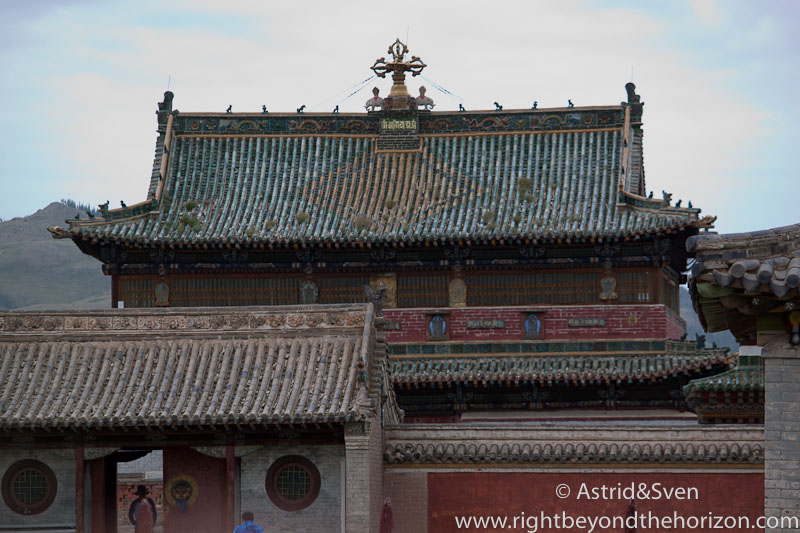 After all this culture we start in the direction of Khujirt and further on to Arvaikeheer.

The are road signs but this time too many signs and too many tracks. We get lost in nowhere. Tracks on every hill, as far as we can see, leading in different directions. As we see our first car we immediately stop it. We have to cross the whole valley under us, but luckily the Mongolians are so hospitable. The Mongolians drive in front of us, until he reach a place, where we, due to his experiences, can cross the valley safe.  He is right. We are able to climb the mountains on the other side of the valley and follow the tracks which lead us finally to Arvaikeheer.