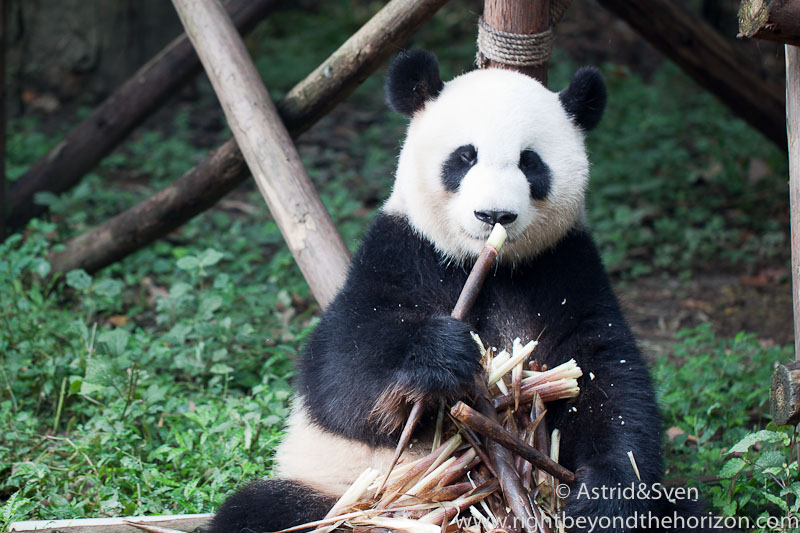 We have again two ambitious day trips ahead of us: From Xi’an to Chengdu Giant Panda.

The first day we have to drive 450km. In the dark we reach our destination. “Tomorrow we have only 300km to drive. We are in Chengdu at lunchtime. ” Says Toni, our guide. We are skeptical.

It is 3 o’clock pm when we reach Chengdu. A warren leads us to the city. It’s Saturday and the streets are overcrowded with cars. At once we see a sign inside a one-way street: Bridge 3m. The Mercedes 911 and Loki do not fit and we are inside a one-way street with a lot of traffic. But we must turn. Benni, Gabi and Astrid try to block the road that everybody can turn. The cars really stopped – to take picture of us, but they stopped. Only mopeds and tuk-tuk’s squeezed through. We’re almost through as it happened. A moped rider moves into Loki and crashes (to tell the truth: we were not moving a cm that time). Fortunately nothing happened to the mopped and the driver. She gets up and moves on. Eventually we managed to get out again and are back on the highway. 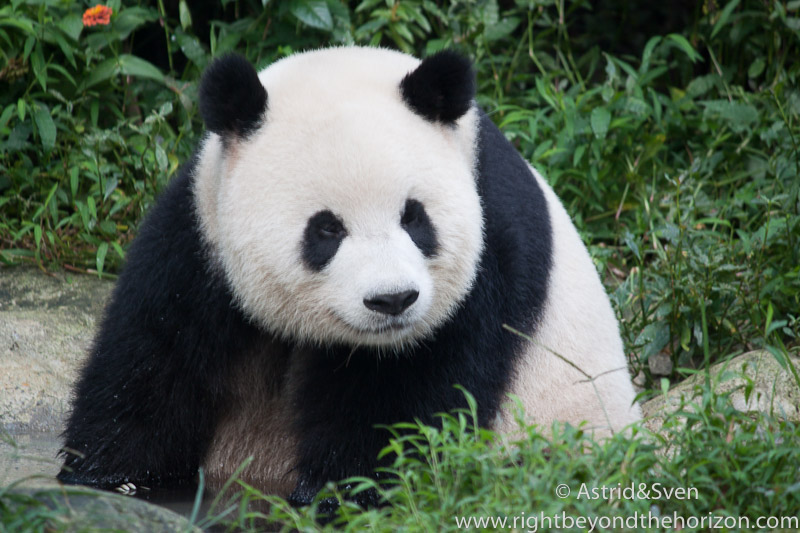 Gabi, Christian, Ruth and Walter take their luggage with them, as we head off into the panda breeding center. The four make a three-day cruise after the visit and we, well, we’ll see.
We are before 9am at the entrance – at 9am is the feeding time. In the sanctuary itself, we admire the famous giant panda and the red small panda. The park fills up slowly more and more. But from 11am on you can`t see pandas, because they are sleeping or hide somewhere. It´s too warm for them, normally the live in 3000 meter highs. The giant pandas are not only a Chinese national treasure but are also beloved by people the world over. They are found only in Sichuan, Shaanxi and Gansu provinces. In total there are fewer than 1000, of which 80% are distributed within the territory of Sichuan province. The giant panda is an endangered species, threatened by continued habitat loss and by a very low birthrate, both in the wild and in captivity. 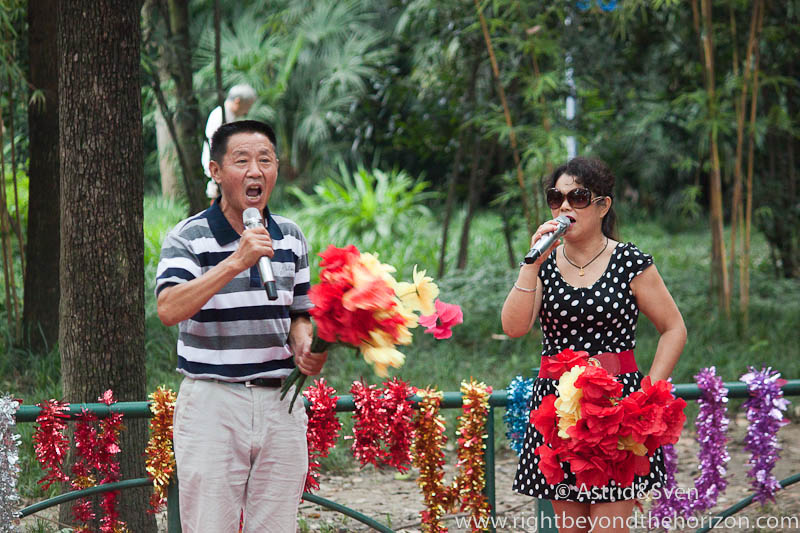 Benni, Verena, Astrid and I have decided to have a deeper look into the city. We look forward to small Chinese shops and markets. But the shopping mall turns out to be a designer quarter. Also, Starbucks beneath Starbucks – the new Chinese lifestyle? We walk to the People’s Park. Honestly, Chinese Entertainment takes some getting used. Every 20 meters are speakers and microphones and unmusical Chinese sing songs. A deafening noise. We flee to the next teahouse. Here it is quiet and relaxing. Previously we have studied the Chinese tea ceremony. But we could not use it, because we have to refill our water by ourselves.
At the park space nearby a temple, we wanted to order a pitcher, as many Chinese people do. “The 3-liter pitcher costs only 300 yuan.” The waiter tells us. That is just under 13 euros per liter. The price beats even the Munich Oktoberfest. We left for the 7/11 and brought our beer there.

We are looking for traditional markets. “They’re all moved out of the city” says Toni. So we get into the taxi and head north. Unfortunately the taxi driver takes us to the northern bus station only. Other one`s refused to bring us further for a fair price. But a nice Chinese lady makes us familiar with the public bus system. Arriving at the trading city we see huge, multi-store, air-conditioned, newly built halls. Countless square meters with clothes at the first hall. But we do not want to see or buy clothes; we want to see the dry integrates market. We finally found the right hall. We pass dried seahorses, scorpions, cockroaches, snakes, etc. -. Everything your heart desires, if you`re Chinese. 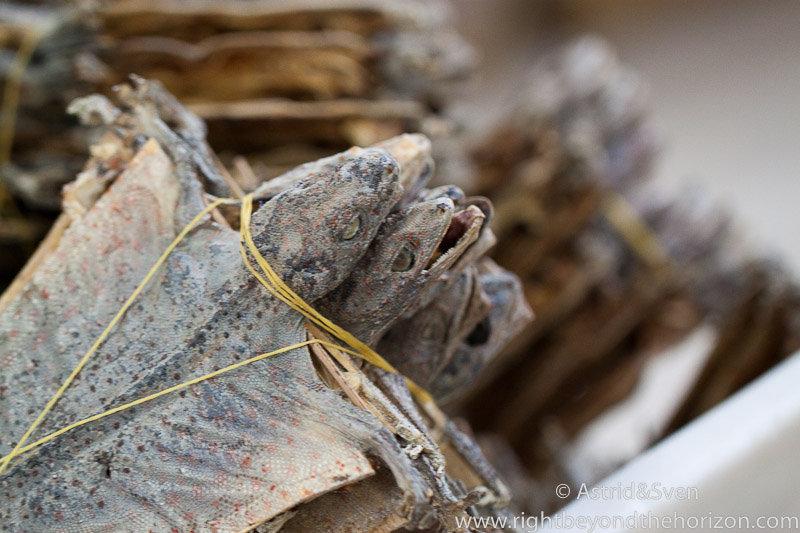 An estimated 24.5 million or 70 tons of seahorses are sold annually for use in Chinese medicine. Seahorses are reputedly high in yang, the active male force, and are a respected treatment for many ailments associated with a cold kidney system. As a source of fire energy, seahorse can be used to treat many symptoms including impotence, urinary incontinence, wheezing, abdominal pain, toxic swelling and debility in the elderly.
But seahorses are a fragile species that respond quickly to habitat destruction and overfishing and may not be able to survive the current rate of harvest. Seahorses are sparsely distributed and don’t travel much, so once they’re removed from an area they don’t return easily. They also remain faithful to their mate and don’t reproduce quickly, making them exceptionally vulnerable to population reduction when too many are caught at sexual maturity.

One thought on “Chengdu – Giant Panda”