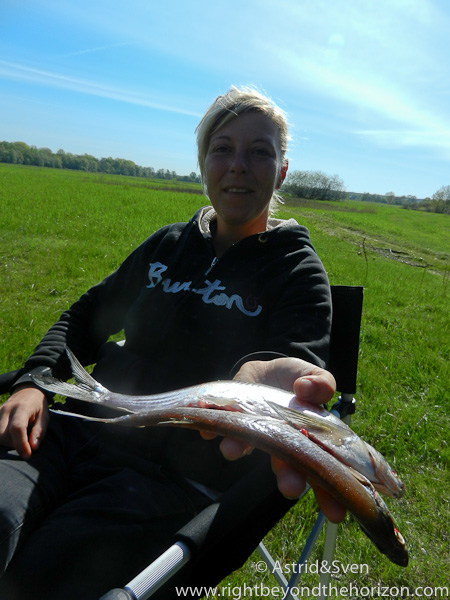 With this impression of Kiev we started to the Russian border. Our destination: three campsites near Oster.

Some police stops and 150 km further, we entered a little path. Only 2 km the GPS showed us.

On our way to the campsites we had to pass a military base, which was located on the road.

While we drove the little path slowly, buildings and fences came closer. We could identify three old youth centres, which were recovered by the nature. 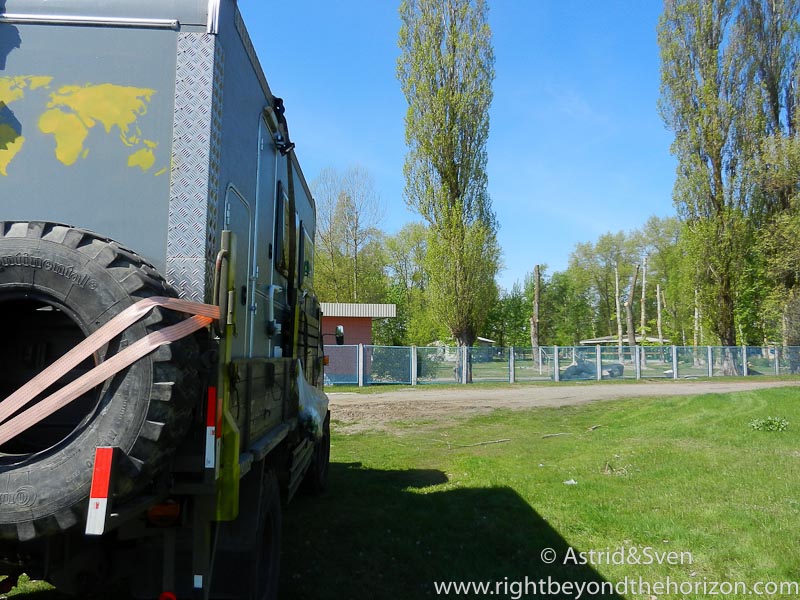 One was rebuilt. We weren`t allowed to park at the camp, but after a discussion we could stand outside. It became dark. Anytime during the night somebody knocked the door. After 10 minutes the knocking hadn’t stopped. As we opened, we found out, that there was a drunken builder, who wants to have some more vodka with us.
All discussion was useless. We had to follow them and drink.
At the end it was very funny, because not everybody was drunk like hell. We got some fat to eat and some water to drink beside the vodkas. That`s very helpful. 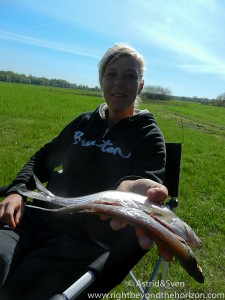 At the next morning a lot of people came to have a closer look at Loki. We got the whole the fish and we had to model for the photos taken. 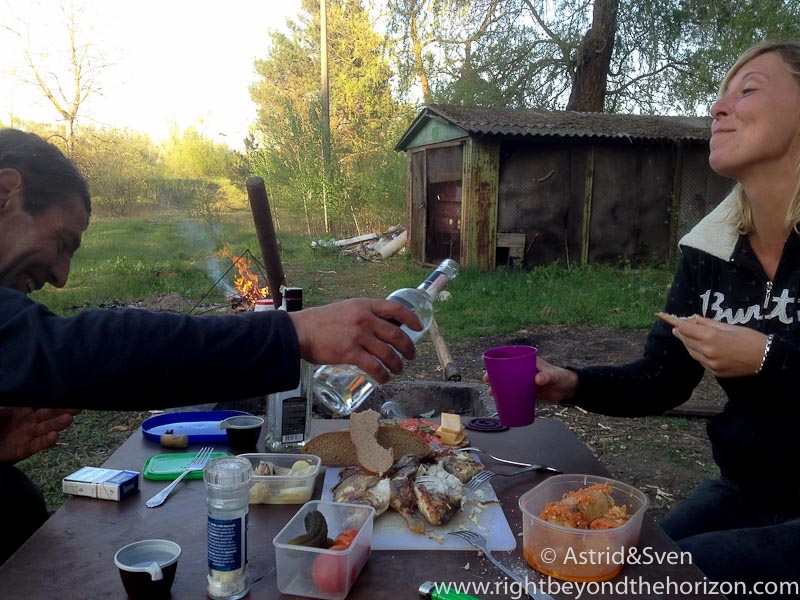 The owner of the neighbour „youth centre“ invited us to spend a few day at his property.
After we agreed, we got even more fishes (That means whole fishes, which you have to disembowel) and vodka.
The property was guarded all the time and one of these guards was an old Ukraine chess master. He won!
At the next day we started to move closer to the Russian boarder.