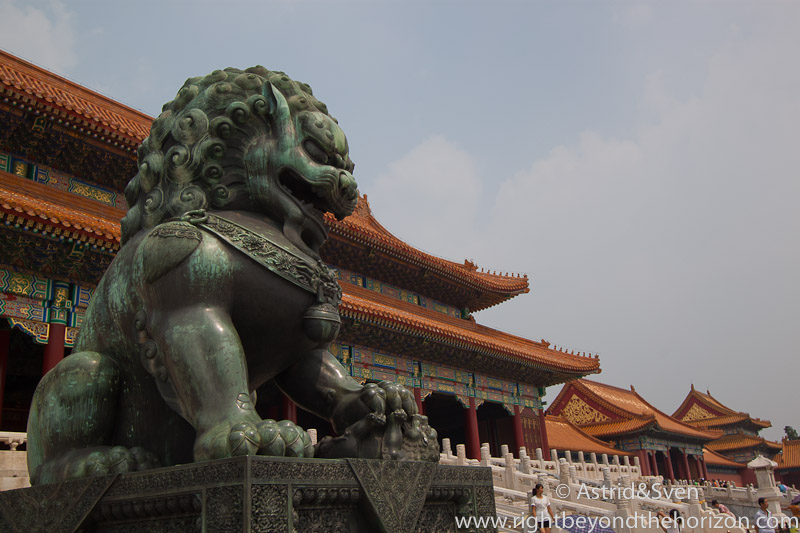 After we were finally allowed to leave Erenhot, we drive further to Beijing.

Our Trip to Beijing

In the Gobi, we`re already looked forward to: Chinese roads. We are making good progress, only several toll plazas slow us down.
We pass the green Gobi, which no longer looks like a desert due to rains in the last few years and continue through a ghost town. Still under construction, hundreds of empty houses, a ten-lane empty street. All those are signs of the Chinese economic miracle. 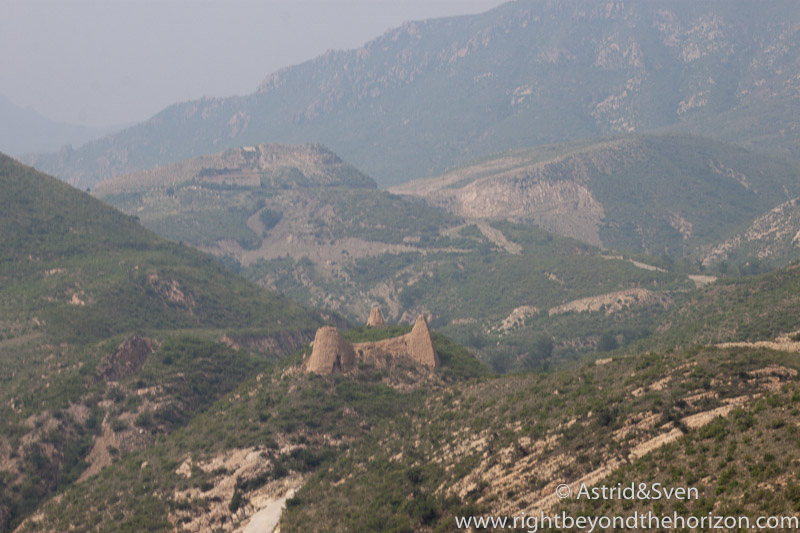 Coal-loaded trucks struggle the road. “They go to Beijing,” says Toni. The energy hunger of the city is enormous. In September and October they responsible for a mega jam of several hundred kilometers. The coal for the winter is carried from Mongolia into the Beijing area. There is a newly built road to remedy the situation and avoid the traffic jams, says Toni.
The Chinese are generally friendly and always take pictures, where we show up – usually secretly with their mobile phones. At police checkpoints we are stopped, but usually just to take pictures. Approximately 200km before Beijing, a huge gray bell rises before us. Smog. The Smog comes from the city and the surrounding industrial plants.
On the second day we reach Beijing.

In Beijing, we are slightly outside in a parking lot. It’s nice and quiet.
But the group has to make a difficult decision. The only link road from Lhasa (Tibet) to Kathmandu (Nepal) is blogged. On August 4, there was a landslide with many dead people. We write a lot of e-mails asking for more information. The road is expected to be never drivable again. A ring road is under construction. But no one knows exactly when it will be finished- perhaps in one, two or three months. But that’s all speculation. Won`t want to stay for weeks in a crisis region. With a heavy heart, the group decides to change the route. We now go to Lao. 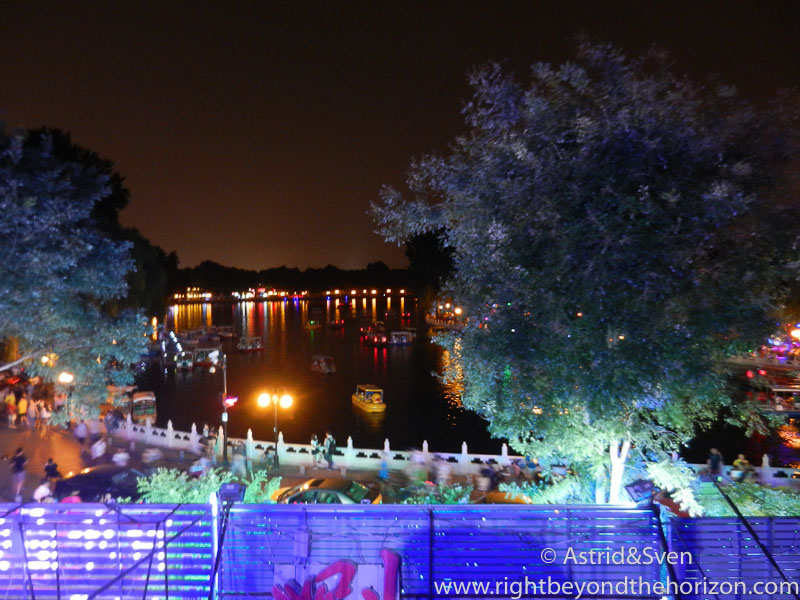 After that decision, we have to go for a drink. It pulled us with Verena and Benni into the colorful glittering entertainment district of the city. In a lakeside area we find bars, restaurants and at each corner Karaoke. Of course we miss the last metro back (11 is too early, really) and found ourselves later in front of a closed parking. A 2.5m high fence separates us from our cars. There isn`t a soul in sight. Fortunately, there is a Chinese fence and we can push apart some bars and slip through. 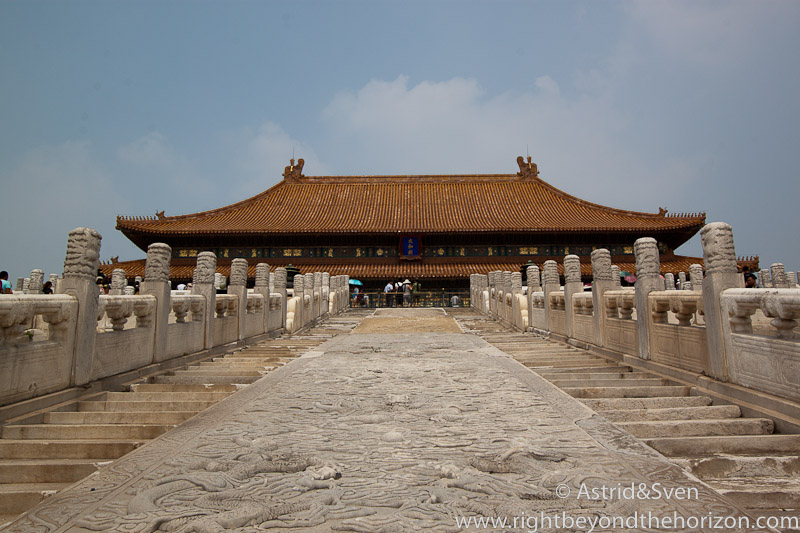 What do you do as a tourist in Beijing? You go into the Forbidden City. In China are holidays these days, so we are not alone. At the entrance of the Tiananmen Square we are already at the first security checkpoint queue. Queues everywhere. It is really impressive, but overcrowded. The Forbidden City was the Chinese imperial palace from the Ming dynasty to the end of the Qing dynasty. For almost 500 years, it served as the home of emperors and their households, as well as the ceremonial and political center of Chinese government.
After visiting the palace we go further into the 798 art district. We reach it by subway and bus. In the artists’ quarter are many bars and cafes next to the studios. We are witnesses of a photo shoot and admire the works of art inside the studios. 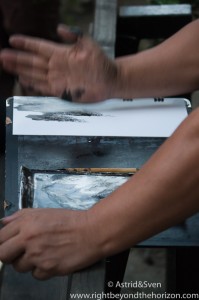 Our next stop is the Great Wall.