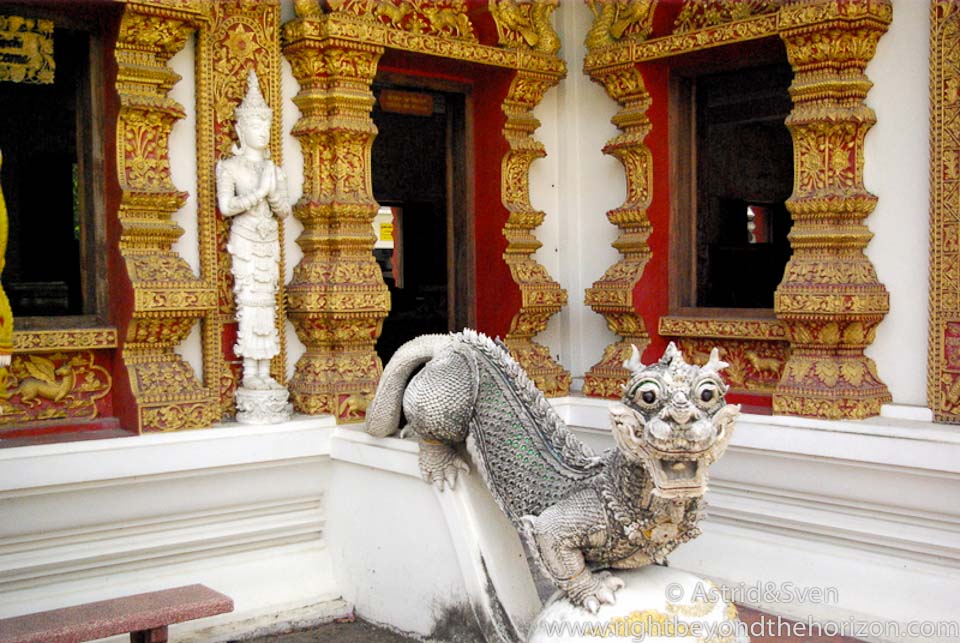 My flight on Thai Airways (TG925) landed on time at the international airport of Suvarnabhumi. I referenced my Stefan Loose, the German-speaking equivalent to Lonely Planet, in my hand to orientate myself around the airport … the limitations of this guide has already been reached there for the most part.

At last after some time and many contacts with nice locals and car owners, I found … the coach to the Khao San Road.

Bit by bit other people loaded with backpacks joined me. I already got an impression of that´s what I could expect in the next weeks – Traveller stories. 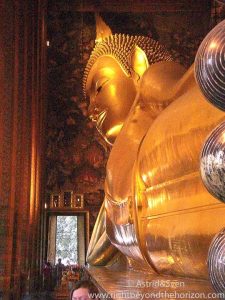 Arrived at Khao San Road … I lsearched with Nico … a German who still did not know where he should sleep, for a room.

The next three days in Bangkok were characterized by my jetlag – I never went to bed before 5 o’clock, and visiting Bangkok. During the day I viewed the compulsory Buddhas, the King’s Palace, different markets and I went on the Chao Phraya River. At night I listened in – partly entranced – to the stories of locals, vacationers, long time travellers and drop-outs.

Luckily I had already booked from home my further trip to Siem Reap, otherwise I would probably have remained longer.